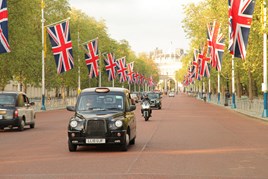 The British Vehicle Rental and Leasing Association (BVRLA) says it is disappointed that commercial vehicle operators have not been given enough time to prepare for the early introduction of the central London Low Ultra Low Emission Zone on 8 April 2019.

Last month, Khan introduced the new Toxicity Charge (T-Charge) in central London to help deter the use of older more polluting vehicles, and encourage walking or cycling, or using public transport, in the build up to the ULEZ.

From April 2019, the ULEZ will replace the T-Charge and operate in the same area, alongside the congestion charge but (unlike the T-Charge and Congestion Charge, which are only in place on weekdays) it will operate 24 hours a days, seven days a week, 365 days a year.

In its consultation response and meetings with Transport for London, the BVRLA had called for special consideration to be given to commercial vehicle operators, particularly SMEs.

Commenting on the Mayor of London’s announcement BVRLA chief executive Gerry Keaney said: “The ULEZ will now come into effect 17 months earlier than originally planned and many commercial fleet operators will face a big financial challenge in trying to upgrade their vehicles ahead of schedule.

“Many of these operators will be small and medium sized businesses that rely on buying second-hand vehicles from larger fleets and can’t afford to go and buy a whole new Euro VI fleet at short notice.”

Cities across the UK are set to follow in London’s footsteps by introducing their own clean air zones or other air quality measures. The BVRLA has called on the government to ensure that they follow a national framework ensuring consistent standards, signage and enforcement.

“Diesel vehicles play an essential role in transporting goods and people around the country, but the emissions they produce on low-speed urban roads means they have no long-term future in our cities,” said Keaney.

“We need a carefully blended set of incentives and restrictions that removes the oldest, most polluting diesel vehicles without crippling our economy or punishing people for decisions they have already made.

“The vehicle rental and leasing industry has a significant stake in this transition and we look forward to working with local and national government to deliver a workable solution.”