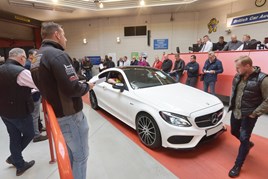 Values for ex-fleet and lease cars sold at BCA in March hit a new record of £11,122 as demand increased.

Prices improved £330 (3%) over the month with retained value against original MRP (manufacturers retail price) improving by a percentage point to reach 44.22%.

BCA’s Pulse Report shows that average used car values are up by £818 (9.2%) compared to a year ago, with average age and mileage continuing to reduce.

The headline figure of £9,668 is the second highest on record and BCA’s data shows used car values have been rising steadily during 2018, reflecting both the richer mix of cars available at BCA and the sustained level of demand from buyers.

"Reflecting seasonal patterns, we saw greater volumes from both fleet/lease and dealer part-exchange sources and this uplift is likely to continue in the weeks ahead.”

“With Easter now behind us, we expect demand to be maintained well into April as professional buyers compete for stock.

"Retail used car activity is reportedly very strong, as buyers look for good value used cars and that is being helped by the increased availability of finance in the used sector.” 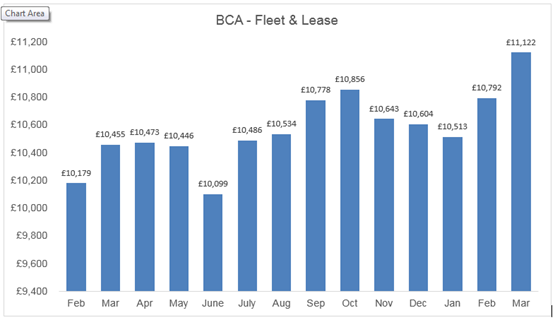