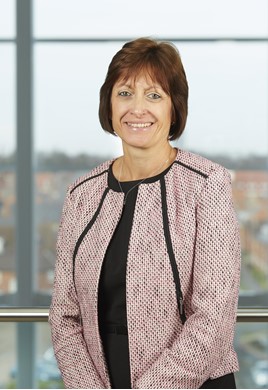 Raising awareness of the breadth of roles available in the automotive sector is one of the key ways to boost diversity, according to Alison Jones, Groupe PSA’s UK managing director and winner of the 2020 Barbara Cox Woman of the Year award.

In 2021, Jones joins the judging panel for the award, which recognises women that demonstrate a commitment to innovation, leadership or community.

She told Fleet News that she will be looking at nominees who have excelled in their particular field, but not necessarily focusing on seniority.

The award is named after Barbara Cox, who served as director of Cox Enterprises, Cox Automotive’s parent company in the USA, and recognises an inspirational female leader and role model in the automotive industry. The winner of the award will receive £5,000 to spend on her own personal development.

Fleet News: What did it mean to you to win the Barbara Cox award last year?

Alison Jones: I'm really proud to win the Barbara Cox award because to get recognition like that is great. It's really interesting that the award includes ‘leadership’, ‘innovation’ and ‘giving back’, so it's quite a different award in terms of what it recognises and that added to the excitement and the pride of winning it.

FN: How did you use the prize money that is awarded for personal development?

AJ: I was due on an INSEAD course but with lockdown it's been difficult, so I’ve had to re-plan it. The traits that I was recognised for - in terms of innovation within the industry and the team that I have - there was a course though INSEAD that I really thought would benefit me in terms of next steps. It fits really well with the award.

FN: You've joined the judging panel for the 2021 award, is there anything that you think would make a nomination stand out for you?

AJ: In terms of standing out, it is the roundness and the diversity of what people get involved in. I don't think it's about being in the most senior roles within the industry, but something where somebody has excelled at what they have done and what they've managed to achieve within their role or their career. I think that would be something that I would be really looking for.

I like the diversity of what we get involved in across our industry and sometimes some of the very specific or niche specialisms that are absolutely critical to our industry are not recognised, so when some of those come forward I think it's great to be able to showcase those as well.

FN: Do you think the breadth of roles available in automotive are widely known?

AJ: No, and the auto industry covers anything from engineering through sales and marketing to complicated science roles within research and development, finance, HR - anything really. There are roles that some people don't even think we would have within the auto industry. And I don't think that's about gender, I just think that's about the breadth of choice we have within our industry and it's not the obvious ones that people think of when they're outside looking in.

FN: What has driven you to succeed in your career?

AJ: I think a desire to improve myself, and I have a strong legacy responsibility - so when I go into a role or work with an organisation it’s being a part of a team, I have a strong team ethos - so when I take on roles, I want to be able to drive and make the improvements: one for the customer, secondly for the business and then thirdly, for myself. That's what led to me changing roles throughout my career and being able to progress as well.

I'm also really curious and inquisitive and I think, within our industry, if you are that then it opens up the doors to be able to get involved in other parts of the business, which you can see from my career and the way I've moved between technical disciplines. I would encourage anybody to do that.

I really value specialism, so I have colleagues who have worked their way up through specialisms and then you have others who can move between the disciplines, which means you can start to connect the different departments together. When you do that then you've got a blend of a team, that's when it's really strong and that's what I've tried to do with my career personally, so that I can add value in that way as well as the personal development and fulfilment that I get from jobs that I do.

FN: What initiatives would you like to see to rebalance some of the more male dominated areas of the industry?

AJ: I think not having unconscious bias, and this can be true of any hiring manager and it's not just gender specific. When you talk about the whole area of diversity and inclusion, I think practical programmes to make sure that people don't have an unconscious bias when they're hiring people really supports all career progression.

And then, in terms of women's specific support, I think it's about giving people or women the opportunity, because I am a strong advocate that people should be recruited based on their competence not their gender or their background.

But, sometimes you need to make sure that people have that chance to be seen, which is why I talk about the unconscious bias or having people on shortlists, but it has to be then about women wanting to do certain roles so that they put themselves in the best placed position to be recruited into that next step or their next role so it needs to be done both ways I think.

Nominations are now being accepted for the 2021 Barbara Cox Woman of the Year Award.

The winner will be announced on March 8, 2021, as part of wider planned celebrations on International Women’s Day.

Nominations for the award are invited from across the automotive industry, and should be entered via the Women with Drive website.

Alison Jones, PSA Group's managing director for the Peugeot, Citroën and DS Automobiles brands in the UK, has received the Barbara Cox Woman of the Year Award.