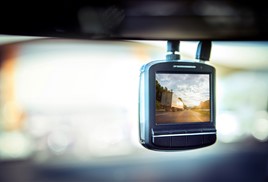 The dashcam manufacturer says that car, van and lorry drivers will all have significantly more responsibility for the safety of other road users.

Where motorists cannot prove they acted legally, they will likely be responsible for the majority, if not all, financial damages and risk potential prosecution if they cannot prove that pedestrians, cyclists or e-scooters riders were at fault, it claims.

Nextbase is warning motorists to remain vigilant of this new version of crash for cash motoring fraud, which will be much easier to organise than the traditional vehicle on vehicle crimes.

These new rules lower the barriers for potential fraudsters and will likely lead to the rapid increase in crash for cash claims, it says.

It follows a similar warning from fleet decision-makers. Discussing the new ‘Hierarchy of Users’ regulations during the January Fleet News at 10 broadcast, sponsored by Chargepoint, fleet panellists welcomed any measures which prioritise the safety of vulnerable road users, such as pedestrians and cyclists.

However, they believed that unscrupulous miscreants could exploit the revisions to make false injury claims, particularly against fleet operators with branded vehicles.

Nextbase says that the rule change has the potential to open the flood gates to a similar fraud level as reported in Asia and Russia.

In China, local drivers have a specific word for crash fraud, Peng Ci (breaking porcelain), where one in five claims are thought to be fraudulent.

In Japan, drivers are more aware of this trend with one in three motorists fitting a dashcam to protect themselves against fraudsters.

Bryn Brooker, head of road safety at Nextbase, said: "There is widespread concern following these changes and misinformation is causing confusion and panic on UK roads.

“There is a real risk that these changes are going to be exploited by criminals in crash for cash incidents.

“If drivers cannot prove they have acted legally, they will now take most if not all responsibility for financial damages and risk prosecution if they cannot prove that cyclists, pedestrians or e-scooter riders are at fault.

“Many of the rules in the code are legal requirements, and to disobey these rules is to commit a criminal offence.

“We recommend drivers protect themselves by installing a dashcam into their vehicles to act as an independent witness.”

Latest sales data by Nextbase has revealed a 500% increase in dash cam sales since the new rules came into effect, with motorists buying a dash cam every 30 seconds, as many believe that the new rules will be exploited by criminals resulting in a rise of crash for cash incidents.

RED Driver Risk Management has produced a downloadable infographic for fleets to send to drivers which explains the changes to the Highway Code.