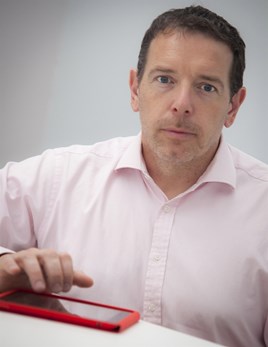 Fleet software is being increasingly for used non-fleet processes thanks to its flexibility and high number of interfaces, reports Chevin Fleet Solutions.

Managing director Ashley Sowerby said: “Sometimes, the new process required is directly linked to the fleet but is not really pure fleet management. An example of this might be invoice matching workshop jobs with orders in the company’s accounts system.

“However, there are also much more imaginative uses in place, especially when it comes to mobile devices, such as using smartphones or tablets to record proof of delivery on a courier or parcel delivery, or as a means to quote or record sales from the field.

He added that sales recorded in the field could then be invoiced to customers through the software using invoicing tools that already exist as part of the system, originally designed to manage fleet specific areas such as vehicle parts and suppliers but with small tweaks allow them to function for wider areas of business operations.

“Often when the capabilities of the software are recognised, broader business processes are consolidated into the system. Ultimately, a product such as FleetWave can deliver almost every type of analytics and reports from any areas of a business. It’s just a matter of how far an organisation wants to take the system," he said.

The trend is also developing because fleet management software often has more interfaces across an organisation than any other enterprise level IT system, according to Chevin.

“The fleet system usually has links with several other systems – especially accounts and human resources – so it is well-placed when new processes are needed,” Sowerby said.