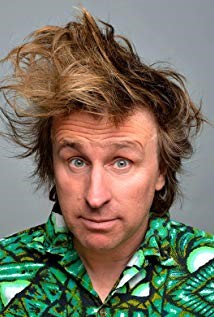 Milton Jones has been announced as the comedian for FN50 and, with just over four weeks to go until the dinner, it is time to secure your table.

The event is a perfect opportunity to network with the top 50 contract hire and leasing companies in luxurious surroundings and entertain your guests.

The dinner, on November 5, is once again being held at the Park Plaza Westminster Bridge Hotel situated on the vibrant South Bank in the heart of London.

Keeping guest entertained this year is the hilarious Milton Jones. Milton's great skill is in maintaining his appeal to a variety of audiences of all ages.

Accolades such as Perrier Best Newcomer and Time Out’s Best Comedy Performance are testimony to his unique brand of non-offensive surreal style of comedy.

Recognised as a regular panellist on Mock the Week, Milton’s also appeared on Michael McIntyre’s Comedy Roadshow, Live at The Apollo and written the sitcom The House of Rooms for C4. He has also headlined Dave’s One Night Stand (DAVE).

If you are serious about developing business and networking with your peers in the leasing industry, do not miss this year's event.

The highlight of the evening is the reveal of the FN50 listing, the annual guide to the largest leasing companies in the UK.

Also featured will be a detailed analysis of the state of the fleet industry and will look at the key issues facing suppliers and their customers.

Over 700 guests have booked to attend the 2019 FN50 Dinner, so book your table now to avoid disappointment.

Click here to look at the order of the events and to see the menu that awaits.

Seat has reiterated its commitment to innovate to improve its fleet customer experience after being named one of the top performers in the leasing industry.

Network with the fleet industry at the FN50 Dinner

Taking place on 5th November 2019, the FN50 Dinner is a perfect opportunity to network with the top 50 in luxurious surroundings and entertain your guests.