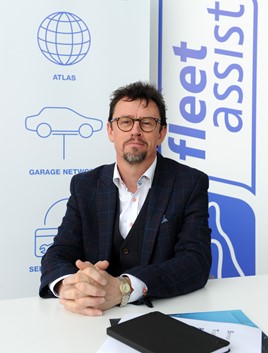 Fleet Assist has issued a ‘don’t panic’ message to fleet operators in the event of a ‘no deal’ Brexit.

Fleets have expressed concern over vehicle parts supply from motor manufacturers, suppliers and independent chains, if the UK leaves the European Union (EU) with no deal on October 31.

The short-term view, from its survey, suggests that spare-part supply will not be impacted by a ‘no deal’ Brexit, with component suppliers reporting that they had stockpiles available in UK warehouses.

Chris Crow (pictured), head of network services at Fleet Assist, said: “The responses we have received to our most recent survey on Brexit preparations relating to vehicle parts supply delivers a reassuring picture to our customers and the fleet industry generally.

“Our customers frequently ask what actions we are taking in the event of a ‘no-deal’ Brexit and our survey of manufacturers’ parts supply arrangements and continuous dialogue to ensure all information is as up-to-date as possible is just one example.

“The numerous suppliers that we have spoken with have confirmed that they have vastly increased the stockholding of parts and, in some cases, have established ‘bonded warehouses’ and dedicated ports of entry to meet duty requirements to avoid delays at import locations.”

The supply chain management company works with a large proportion of the UK’s major contract hire and leasing companies and rental firms, operating more than one million vehicles.

Its latest Brexit survey has been made available to all of its customers in an attempt to calm any concern over the chances of increased vehicle downtime and the delay of receiving vehicle parts and goods.

Prime Minister Boris Johnson has said that the UK will leave the EU on October 31 with or without a deal with the EU.

Fleet Assist has announced that one million vehicles have received maintenance from its service outlets, as the company now targets further growth in 2019.

The fleet industry and garage network faces no shake-up in competition law governing vehicle distribution and maintenance as a result of Brexit, according to Fleet Assist.