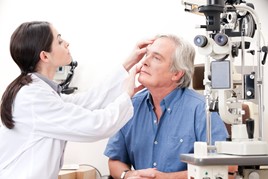 GEM Motoring Assist has suggested the current eyesight tests for drivers are ‘long out of date’, with the road safety organisation calling for tests every 10 years.

Neil Worth, GEM’s road safety officer, has said the Government should update laws to ensure a detailed eye examination is part of drivers’ photocard licence renewal process, which takes place every 10 years.

Worth said more than 3,000 fatal and serious injury collisions occur each year because of poor vision.

He added: “We believe it is entirely practical and sensible to require a test of visual acuity and field of view every 10 years, something that would fit in with licence renewal.

“Tests of this kind would not only make our roads safer, saving lives, disability and many millions of pounds through the reduction in the number of crashes, but they would also play a vital role valuable tool in the early diagnosis of many other costly medical conditions, irrespective of driving.”

GEM has worked with Felicity Gill, a community optometrist, who explained that she sees patients daily who are concerned about their own driving, as well astheir friends and family members’ driving experiences.

The most common ageing change in the eye is cataract (clouding of the lens inside the eye), with conditions such as diabetes/diabetic eye disease, glaucoma and age-related macular degeneration also causing concern.

With drivers staying on the road to their 80s, GEM believes that regular eyesights should be mandatory.

Worth concluded: “There are many benefits for a driver to staying mobile as long as possible.

"However, safety must remain the number one priority for everyone.

“We also cannot ignore the greater volume of traffic and the general increase in distractions, both inside and outside the vehicle, which further point to the clear need for more regular and detailed eyesight testing.”

The DVLA is encouraging drivers to take the ‘number plate test’ as a quick and easy way to check they meet the minimum eyesight requirements for driving.

One in four motorists could fail eyesight test