Successful trial for fleet of self-driving vehicles in London 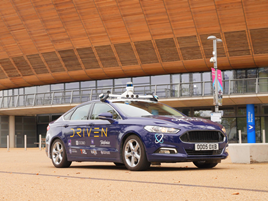 A fleet of driverless cars has successfully completed a week-long demonstration around Queen Elizabeth Olympic Park in Stratford, London.

In what is being described as a “key milestone” in the Driven consortium’s government-supported autonomous vehicle project, it says the fleet of self-driving Ford Mondeo cars “confirms that autonomous vehicles can operate smoothly, safely and legally in complex real-life situations, with a safety driver present, on typical public roads in Europe’s biggest mega-city”.

Minister of State at the Department for Transport, George Freeman MP, said: “Self-driving technology has the scope to revolutionise the way people travel, with potentially profound benefits for road safety, accessibility and convenience. We want to drive the roll-out of self-driving vehicles and continue to support innovators developing this ground-breaking technology.

"The success of trials like project DRIVEN underpin our Future of Mobility: Urban Strategy, highlighting our ongoing support for innovation, research and the trialling of exciting new technology which cements our position as a global leader in this space.”

Speaking on the significance of the event, driven programme director and Oxbotica senior vice president, external affairs, Dr Graeme Smith said: “The completion of the DRIVEN project marks a significant milestone for the future of autonomous vehicles in the UK. Establishing Britain as a world leader for innovative technologies has been at the heart of our mission and we’re incredibly proud of the steps we have taken to help make AVs a reality on our roads.”

However, according to research published by Transport and Environment (T&E), an all-day rush hour could be created by driverless cars clogging roads across European cities.

It claims that the imminent commercial viability of driverless cars threatens to change the dynamics of road transport.

The report, Less is more: how to go from new to sustainable mobility, states that the prospect of cars operated by computers and sensors rather than a human driver has implications for safety, parking, emissions, and congestion, as well as social factors such as human health and interaction. 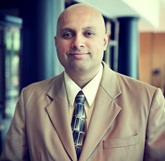