"Drivers should be able to achieve around 50mpg, although if worked hard the car is likely to return closer to 40mpg." 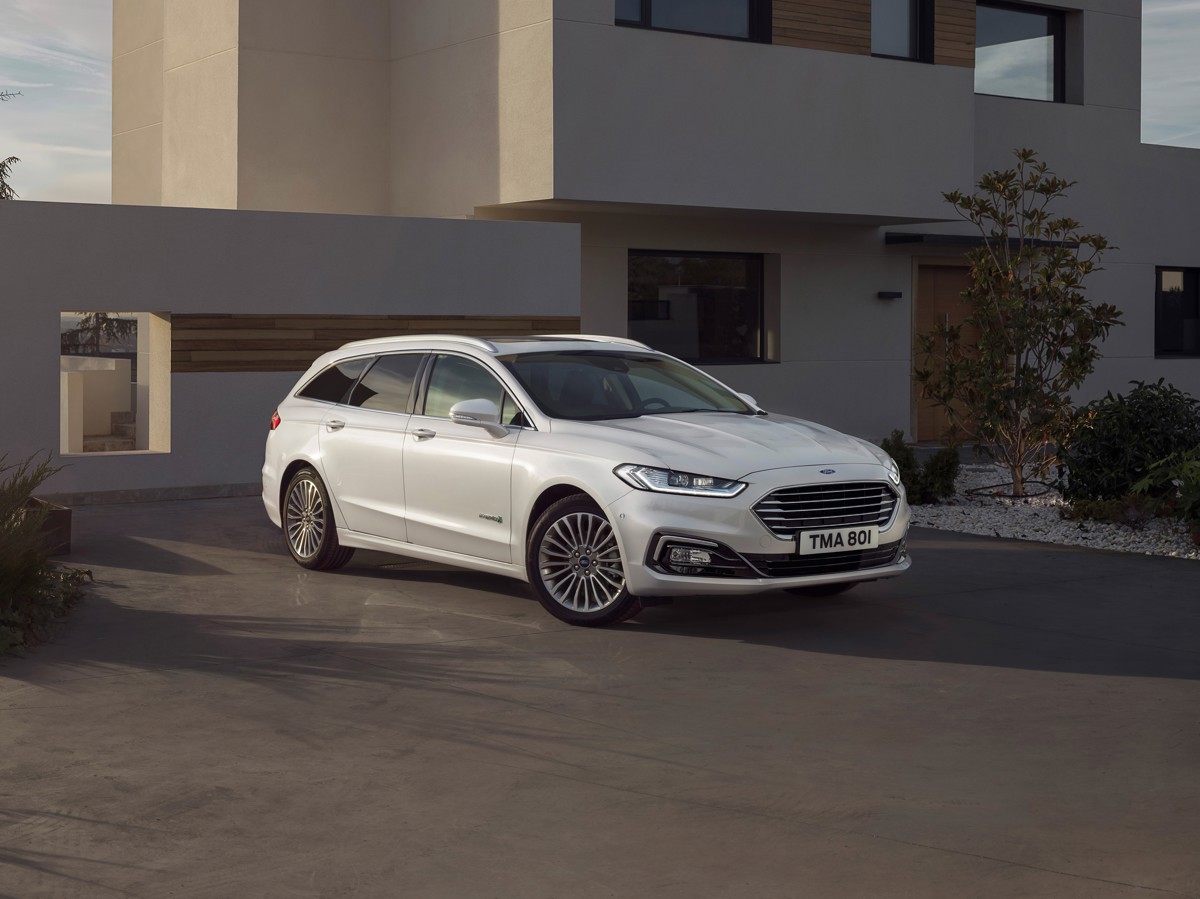 When we tested the Ford Mondeo hybrid last year it had already been on sale for four years and had been criticised for its impractical saloon-only bodystyle that gave up a good portion of boot space to make way for the battery.

Now, the Mondeo Hybrid is offered in a much more useful estate body and its powertrain has been tweaked to make it more efficient too.

The 2.0-litre petrol engine, which is boosted by an electric motor and 1.4kWh battery, feeds power to the front wheels via a CVT.

Not exactly a recipe for success, but one that – crucially - provides the Mondeo with low CO2 emissions of 98g/km for the saloon and 103g/km for the estate.

Drivers should be able to achieve around 50mpg, although if worked hard the car is likely to return closer to 40mpg.

Ford improved the drivetrain by re-calibrating it and the car now transitions from electric to petrol in a much smoother way.

It is also keener to run in electric mode for longer and at higher speeds, although the small battery means the true zero-emission capability is mostly limited to low speed manoeuvring and coasting.

Almost 190PS is available from the engine, although its performance is more aligned with the 150PS Mondeos available – hitting 60mph from rest in just under 10 seconds.

The CVT somewhat dampens the driving experience for those that want to press on, but as a means of wafting around in comfort and (relative) silence the Mondeo Hybrid is a fairly adept tool.

Company car tax is cheaper than petrol and diesel models, costing 20% taxpayers around £120 per month.

Specification levels are high, with the hybrid offered in Titanium Edition or range-topping Vignale trims only.

All models get leather seats, keyless entry and sat-nav, while adaptive cruise control with stop-and-go and blind spot monitoring are available as options.

There is still some impact on luggage space in the estate but its boot offers a tad more than 400 litres of space, with the boot floor sitting a little higher than it does on regular Mondeo estates.

The seats can be folded level with the boot floor to provide more practicality when needed.

With high levels of comfort and an attractive tax position the Mondeo Hybrid is now an even better bet thanks to the addition of an estate body. While it isn’t the most dynamic Mondeo, it is best suited to the needs of fleet users and currently unrivalled in its segment.