"The silence upon start-up and lack of diesel clatter on the move gives a more prestige feel to the Mondeo’s already upmarket interior." 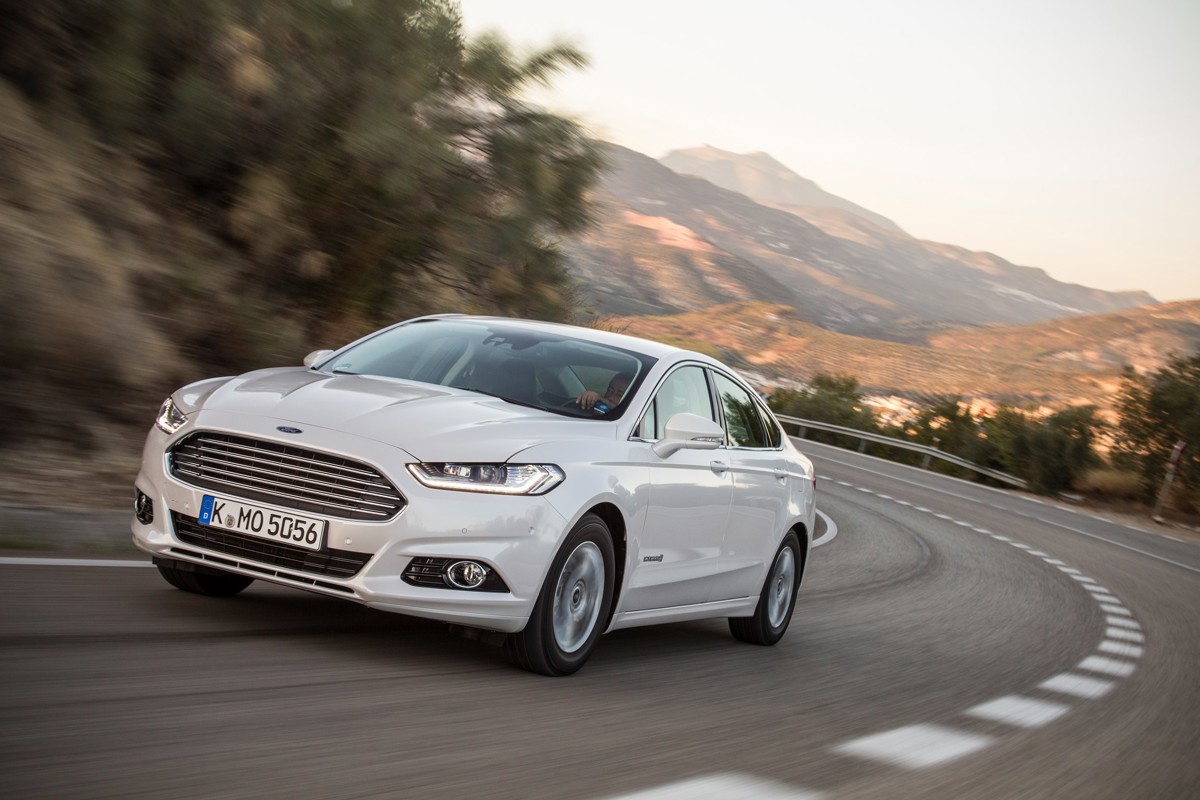 Ford’s Mondeo Hybrid has been available since 2014, yet it has remained unchallenged in its sector with no direct rival.

At launch it offered fleet customers one big advantage: low benefit-in-kind (BIK) taxation, but new emissions testing - under WLTP - has seen the CO2 emissions for the Mondeo Hybrid  jump from 92g/km to 108g/km. This means company car drivers will pay £1,150 per year (20% taxpayer), £200 more than before.

The Hybrid is only available as a saloon and has the same list price (£26,000) as the 2.0TDCI 180 ST Line hatch, which is more practical and sportier.

With a battery pack mounted in the boot, the Mondeo Hybrid only has 383 litres of boot space compared to 500 litres for the regular Mondeo saloon (550 hatch).

The Mondeo Hybrid uses a 2.0-litre petrol engine, combined with an electric motor. Total system output is 187PS, giving the car a 0-60mph time of 9.2 seconds.

Average fuel consumption is claimed at 58.9mpg and the car has a limited zero-emission range. Our experience proved 48mpg was a more realistic expectation, although it has been proven that 123mpg is achieveable.

One of the Mondeo’s best attributes is it motorway manners, and people are likely to choose it for that exact reason. However, at a constant 70mph the hybrid part of the engine is not really doing much. It only provides an advantage at lower speeds.

So higher mileage drivers may be better placed in a diesel.

That said, we were impressed that during a more vigorous dash to an airport it still clocked more than 40mpg.

Driveability is affected in both positive and negative ways by the hybrid engine. The silence upon start-up and lack of diesel clatter on the move gives a more prestige feel to the Mondeo’s already upmarket interior.

The downside is that it uses a CVT transmission, which means the engine puts on a theatrical symphony of cylinders every time you want to speed up.

It can be frustrating, simply trying to get up a hill will leave passers-by thinking you are re-enacting a scene from Fast and Furious.

To get any benefit from the Mondeo Hybrid you have to drive it efficiently. This is aided by the trip computer, which encourages regeneration by giving a braking score – crucial to keep the battery charged.

The problem is that this is tiresome and requires a lot of effort from the driver. A diesel could manage much better efficiency with no effort at all.

Ford has managed to fill a niche with the Mondeo Hybrid. It is luxurious, smooth and cheap to run considering its performance. From a fleet perspective, the diesel version makes the most sense as an all-rounder, although businesses with a specific green agenda may find the hybrid has greater appeal.