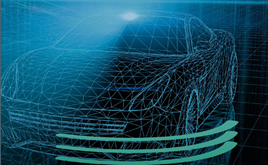 Increased connectivity will assist simpler SMR, make it easier for vehicles to know dangers that lie ahead and open a new world of possibilities.

New levels of control and convenience will be the two key benefits to fleet operators from the transition to increasingly connected and autonomous vehicles (CAVs).

For fleet managers, the shift will take the benefits seen from the current generation of telematics systems to new levels, allowing for unprecedented access to data and insight.

This will drive a wave of innovation in vehicle management as companies are able to rethink their approach to employee mobility.

For example, increasingly connected vehicles can constantly update fleets on their condition, while also receiving over-the-air updates to fine-tune their systems.

As autonomy increases, vehicles will be able to self-service at local garages without drivers losing valuable working time.

As drivers increasingly adopt ‘hands-off’ use of company vehicles, accidents and damage levels will decrease significantly, while costs will also be reduced by greater levels of car sharing. 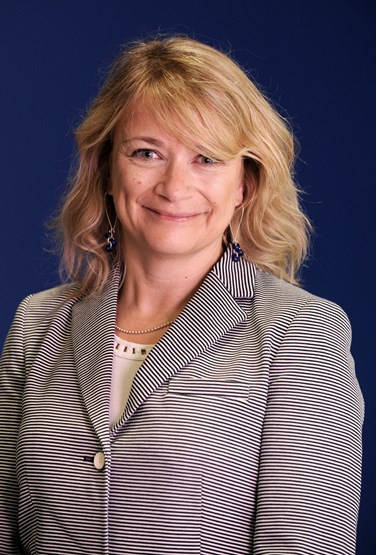 Caroline Sandall (above), a director of ESE Consulting, former manager of the Barclays fleet and deputy chairman of the fleet operators’ association ACFO, says:

“There are tangible benefits to gaining a more detailed understanding of how vehicles are being used and how they are performing, not purely from a basic data viewpoint but a wider user perspective. Connected vehicles can deliver basic benefits around usage to support more sophisticated SMR (service, maintenance and repair) management and planning, with potential cost benefits, but also more intelligent benefits.”

As fleet cars become more connected, they will interact with their environment, ‘talking’ to roadside sensors and other cars to create a picture of their surroundings, helping to avoid congestion and prevent accidents.

For example, during accidents in poor visibility on motorways, a substantial number of injuries and deaths occur because drivers continue to hit stationary vehicles long after the initial incident.

In 2011, a multiple-vehicle collision occurred on the M5 near Taunton, Somerset, involving dozens of cars and articulated lorries after smoke from a nearby bonfire covered the road. In similar circumstances, connected cars would immediately warn all following vehicles following an incident so they could automatically brake, often before the driver is aware of any danger.

Sandall says there would be other connected car benefits, adding: “These include identifying road network issues to help others avoid incidents or poor road conditions that may lead to vehicle damage, such as potholes. We really haven’t tapped into the wider benefits of what this data can bring.”

While there are benefits, there will be a substantial increase in the level of data management required to run a connected fleet and a need to quickly extract insights and respond.

Sandall adds: “That increased data is an obvious challenge so we need the tech support behind it to deliver usable information to fleets and to drivers such as intelligent MI/dashboards and so on.

“There is still some way to go to get the supply chain fully joined up to deliver the benefits of connectivity.”

Increasing levels of connectivity also bring the potential for companies to opt for a shared resource fleet solution in a shift away from the traditional company car.

This promises to bring massive benefits for fleet operators, with a greatly reduced fleet investment without any impact on employee mobility.

The council moved from having 220 grey fleet drivers using their own vehicles to just eight shared pool cars, which can be booked online in the same way a meeting room is reserved.

Drivers then access their vehicles with a key card and the mileage covered is monitored by telematics and uploaded to the fleet’s online management system.

When the scheme was introduced, drivers covered about 280,000 business miles annually, but this has now fallen to less than 180,000, while vehicle expenses have dropped by £104,000 a year.

On a national scale, the impact could be dramatic. A recent study by Nutonomy examined the impact of taking 850,000 private cars and replacing them with an autonomous, shared fleet.

Only 300,000 vehicles would be needed, with a waiting time no longer than 15 minutes at peak times and two minutes at other times.

As autonomy increases, potential benefits for drivers also need to be considered.

An Ernst & Young report called ‘Can driverless cars be the destination?’, says: “As vehicles become fully autonomous, the possibilities to reimagine the interior become endless.

“Drivers will become unburdened from the stress of having to stare at the road or watch for danger at every turn, and vehicle interiors can be transformed to become what consumers need or want for the duration of their journey – an office, an entertainment lounge, or even an oasis of calm and relaxation.

“There are no limits. Interiors will be able to become whatever we want them to be. ‘Active’ glass will enable windshields to become connected touchscreens that can also be controlled with eye-tracking and gesture recognition.

“Augmented reality displays and dynamic sensing will give passengers the option of using hand gestures and other signals to interact with their virtual environment. Seats will swivel to facilitate interaction between passengers or recline for reading or napping.” 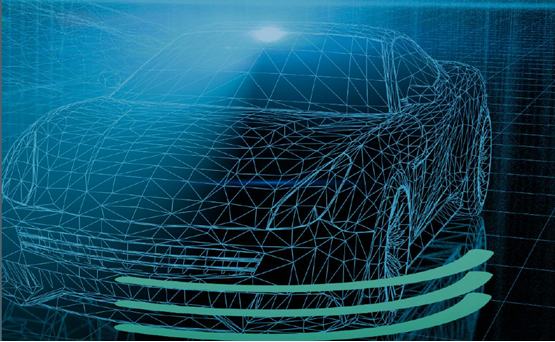 Fanciful or a glimpse of the future? Whatever your view, the early stages of increased driver convenience delivered by connectivity are already arriving.

DS Automobiles recently unveiled a system to allow a car key to be used as a payment device and earlier this year Jaguar announced drivers could use a car’s touchscreen to pay for fuel with a new cashless payment app at Shell service stations in the UK.

An electronic receipt will be displayed on the touchscreen, so customers can leave the forecourt confident of having paid. A receipt will also be sent directly from the pump to the driver’s email address so it can be added to accounting or expenses software.

BMW Group says a total of 8.5 million vehicles worldwide already have connectivity courtesy of BMW ConnectedDrive, which connects a range of devices to the vehicle.

This year, a range of new services was launched under ‘BMW Connected+’ providing more extensive personalisation and greater levels of integration.

Driver preferences can automatically transfer between vehicles using the BMW ID, vehicle settings can be adapted by smartphone and the car is also able to run Skype for Business.

Who owns the data and how can it be kept secure are two important questions facing fleet. The race for control of information is rapidly gaining momentum