Polestar opens test drive hubs on the back of growing demand 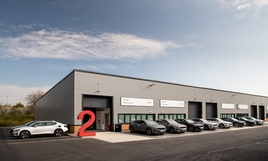 Polestar UK has opened a new test drive hub in Milton Keynes and created semi-permanent sites around the country to meet demand.

The 8,000 sq ft location, situated in Milton Keynes, will offer over 7,000 drivers the opportunity to experience the Polestar 2 before the end of the year.

Supplementing the recently re-opened Polestar London and Polestar Manchester, along with other test drive activity planned for 2021, eight demonstration vehicles will be available to customers to enjoy on unaccompanied test drives.

“Excellent transport links, great test drive routes and a reputation as the foremost technological centre of the UK ensure it’s the perfect location for us,” he continued.

Polestar says that, while the hub will serve retail customers, with the most company headquarters outside of the London area, its new Milton Keynes test drive facility will also be on the doorstep of many key fleet decision-makers.

Other semi-permanent test-drive hubs – in Daventry, Cambridge and Harrogate for example – will be opened over the summer, with more locations announced in due course.

A series of pop-up events at other locations for shorter periods of time will also be held.

Polestar has expanded the model range for the Polestar 2 and now offers three versions with lower pricing.

There is a choice of single- or dual-motor powertrains and two battery options.

Martin Gurney has been appointed as head of European fleet and business at Geely-owned luxury electric car brand Polestar.

Polestar has expanded the model range for the Polestar 2 and now offers three versions with lower pricing.