Is your fleet ready for the electric revolution? 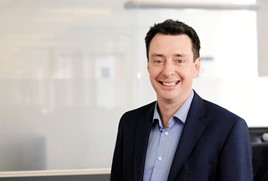 Fleet managers could be permitted a collective gulp at the Chancellor’s announcement that new petrol and diesel vehicles will be phased out by 2030, five years earlier than planned.

No one is pretending that the move to zero-emissions transport isn’t a major challenge, but don’t be daunted: many of these difficulties exist more in the imagination than in reality.

Electric vehicles (EVs) don’t yet have the same range as petrol or diesel vehicles, but they’re catching up quickly. And they are more expensive at present, though the price is falling fast.

Still, moving to EVs will have a big impact on businesses’ capex strategies.

To plan for the future, they need better data, tools and support as they redesign their fleet operating models.

Happily, the same solutions that will bring a cleaner, more sustainable future for the UK will also help fleet managers achieve their goal of making a smooth transition to EVs.

First, the strategic challenge to UK plc: The petrol and diesel ban will bring an estimated 10 million on our roads by 2030.

If they all plugged in at the same time, it would be like the fabled spike in demand during the ad break in Coronation Street - although charging 10m EV batteries takes rather more energy than boiling 10m kettles.

So much power, in fact, it would require us to almost double our peak electric generation capacity, and add an overall increase of 12% to the total electricity generated today.

That’s equivalent to adding another 20 large gas-fired power stations to sit in reserve and only provide power at peak times.

This may not be a direct concern for fleet managers... But the solution very much is.

Here’s how it works. The best way to protect the National Grid is to spread demand intelligently.

In the case of battery powered devices (including vehicles), that means charging at times of surplus generation. And this brings benefits to every EV owner too, because the more surplus electricity, the cheaper it is.

One of the traditional problems with renewable energy is that it’s plentiful when there’s least demand: at night. But the move to EVs turns this disadvantage into a positive.

At times of surplus, flexible tariffs are often close to zero, and sometimes negative, so canny customers can even get paid to use electricity, as long as they’ve got the right charger.

With a smart charger, users simply set the maximum price they want to pay, and the battery will charge when the tariff goes below that level.

And that’s where things start looking great for fleet managers.

By being smart with charging, you can keep running costs far lower than for petrol or diesel vehicles.

What’s more, you can automatically feed data into a smart management platform, making it much easier to manage (and automate) expense claims and control costs across multiple vehicles and locations.

That not only delivers significant savings on the lifetime cost of a vehicle or fleet; it also enables businesses to budget far more accurately, because ultimately you decide how much you want to pay.

That’s peace of mind you can never get from ever-more expensive fossil fuels.

Let’s not make light of the challenge that lies ahead, but neither be fearful of the future.

Fleet managers have every reason to approach the electric revolution with confidence.

An intelligent approach to energy is all you need to stay in charge.