What is long-term impact of the microchip shortage in auto industry? 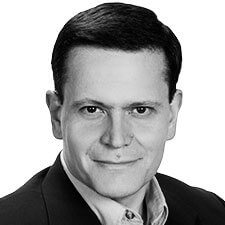 The microchip shortage has brought several inevitable consequences, most of which will be difficult, if not impossible, to solve in the short term.

This shortage is a huge obstacle for the automotive industry and lessons from this ordeal will reverberate across automotive for years to come. These long-term effects are also greatly influenced by the state of flux the industry is experiencing.

As car companies are embracing technology and software in-house capabilities in response to the ongoing CASE (connected, autonomous, shared and electric) transformation, the sector is clearly navigating through a period of disruption.

Overall, given the chip shortage, automakers are increasingly compelled to learn from the current situation to adapt and tackle the future in a more efficient manner.

At present, chip makers are traditionally tier three or tier four suppliers to automakers, which means it usually takes some time before they adapt to the changes affecting demand.

As such, the automotive sector is looking to build a more connected supply chain ecosystem to boost efficiency at several levels and, in addition, minimise the consequences of future disruptions. This means original equipment manufacturers (OEMs) are taking matters into their own hands rather than depending almost entirely on tier one suppliers – a challenge that will take years to tackle.

Before the pandemic, many auto companies already had started strengthening internal software development to have more control of the software that is incorporated into their products, as this will become the main driver for future profit.

This move is triggered by the industry’s drive to embrace the concept of software-defined vehicle, whereby vehicle features are defined or redefined by software updates and hardware should be driven by software.

This need adds to the learnings from the microchip crisis, which is pushing automakers to build more control over their hardware and its requirements so it doesn’t compromise software monetisation across a vehicle’s lifetime.

Unfortunately, having OEMs build their own chips would be implausible due to their exceptionally low values in comparison with the wider market. It is very likely that some automakers will look into designing their own microchips regardless, customising them to best suit their needs.

A great case study for this is Tesla, which has designed the microchip for its Full Self-Drive system. Moreover, automakers may also begin securing microchip production capacity.

As they established more direct relationships with microchip makers (bypassing supplier layers), OEMs will be able to secure microchip production capacity and have a tighter control of the manufacturing requirements.

It’s likely OEMs will start this new type of relationship with chipmakers with the most important chips. Giving the critical importance of certain chips, automakers will focus efforts to build the greatest possible competitive advantage in these.

In summary, disruptive changes rarely occur due to a single reason. The microchip shortage lessons will force automakers to go even farther with their plans to become tech companies.

Fleets urged to think carefully before ordering company cars where safety devices have been removed due to the semiconductor shortage.