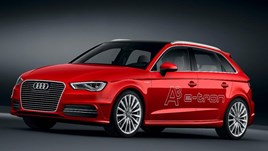 Four in 10 fleets say they expect the proportion of diesel cars they operate to change as a result of the Volkswagen emissions scandal.

The traditional fuel of choice for the fleet industry has been criticised as concerns mount over its impact on air quality, with petrol, hybrid and pure electric vehicles now being considered as viable alternatives.

The survey, from Sewells Research and Insight, revealed that 41% of fleets have introduced, increased or are considering increasing the proportion of hybrid cars over diesel as a result of the controversy.

Simon Staplehurst, commercial research director at Sewells, said: “The results of this latest poll clearly indicate that the emissions coverage has impacted future consideration towards the potential use of alternative fuel cars across UK fleets.”

However, he added: “Car manufacturers still need to be cautious in their approach for promoting these types of vehicles, as six in 10 fleet decision-makers also say they are now less likely to trust the claims related to cars from any manufacturers in the future.”

That mirrors research from the RAC, which suggested trust in all vehicle manufacturers’ environmental claims have been significantly damaged by the scandal, with 57% of drivers saying they have lost confidence in all manufacturers since the news broke (fleetnews.co.uk, November 25, 2015).

Sewells has been measuring the impact of emissions on key fleet decision-makers across the industry over the past six months, with this latest poll of more than 100 fleets conducted in March.

Half of those polled claimed none of their drivers had raised the issue of emissions since the scandal first broke in September, 2015.

Of those companies where emissions had been raised as an issue, nine out of 10 claimed less than 25% of drivers raised the issue with company fleet decision-makers.

The demand for alternatively fuelled vehicles increased significantly last month, up 21.5% , according to figures from the Society of Motor Manufacturers and Traders (SMMT).

Volkswagen AG boss Matthias Müller confirmed in January that there will be 20 electric or plug-in hybrid vehicles in its range by 2020.

The 20 models, spread across brands such as Audi and Škoda, were confirmed at the start of the year as part of a fundamental realignment of the group’s strategy.

The first Škoda with an electric powertrain is expected to be a plug-in hybrid Superb, expected in 2019, while Audi launched its first hybrid the A3 e-tron (pictured) last year and the order book for its plug-in hybrid Q7 will open in May.

The company also confirmed that its first fully electric vehicle will be launched in 2018.

Seat, however, said that it has no immediate plans to bring hybrid models to market, but it is ready to launch when the time is right.

Richard Harrison, managing director of Seat UK, told Fleet News that it was well-placed to exploit its current crop of diesel and petrol engines, which were bringing down emissions levels.

He added: “When the technology is matured to be fit for purpose, we will be there.

“We won’t do it to test or bring it at a premium, but our platform can take it when it’s ready.

“We are actively watching the market; we need a balance between demand, price and what the product can deliver – then we will come to market.”