Fleet and business registrations are continuing to help drive demand in the new car market, according to the latest figures from the Society of Motor Manufacturers and Traders (SMMT).

Mike Hawes, SMMT chief executive, said: “The key to maintaining this strong market is consumer confidence for which we look to government to deliver the conditions for economic growth.”

Diesel demand fell marginally by -0.2%, with petrol registrations edging ahead 5.3% and alternatively fuelled vehicles (AFV) seeing significant growth of 30.8%. Almost 54,000 AFVs have been registered so far in 2016, compared with just over 44,000 last year.

Chris Bosworth, director of strategy at Close Brothers Motor Finance, said: “Today’s figures indicate that the automotive sector remains resilient in the months after the UK’s decision to leave the EU, with the small growth in registrations helping the sector recover from a flat performance in July.

"The increase in overall registrations has been helped by the growth in demand of alternatively-fuelled vehicles and growth fleet sector markets, which saw significant year-on-year and monthly figures for August.

“However, the total figure continues to disguise the performance of the private sales market where, for the fifth month in succession, we have seen a drop in customers buying new cars. This may be in part due to the timings of the calendar year – August is traditionally one of the quieter months in the new car market, with most drivers waiting until the September plate change to buy a new vehicle. As such, and despite today’s figures being a positive indicator, it is still too early to gauge the impact that Brexit is truly having on the market.” 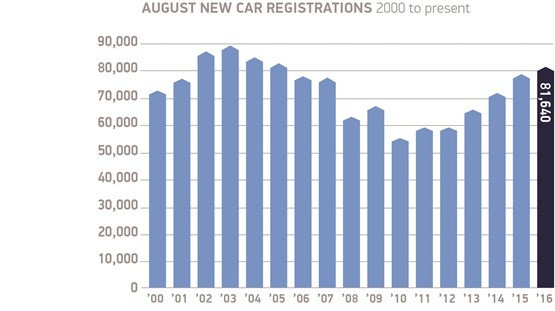 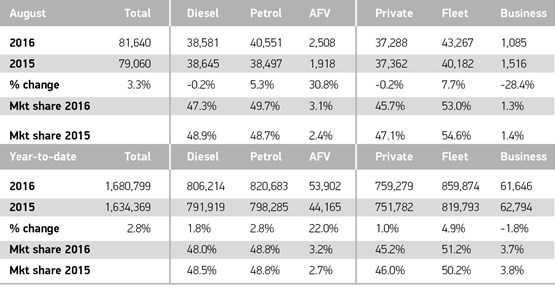 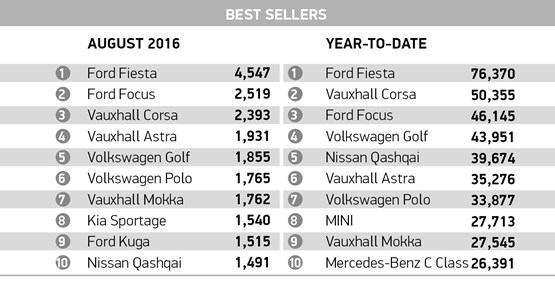