Audi reveals details of A5 Sportback ahead of official launch 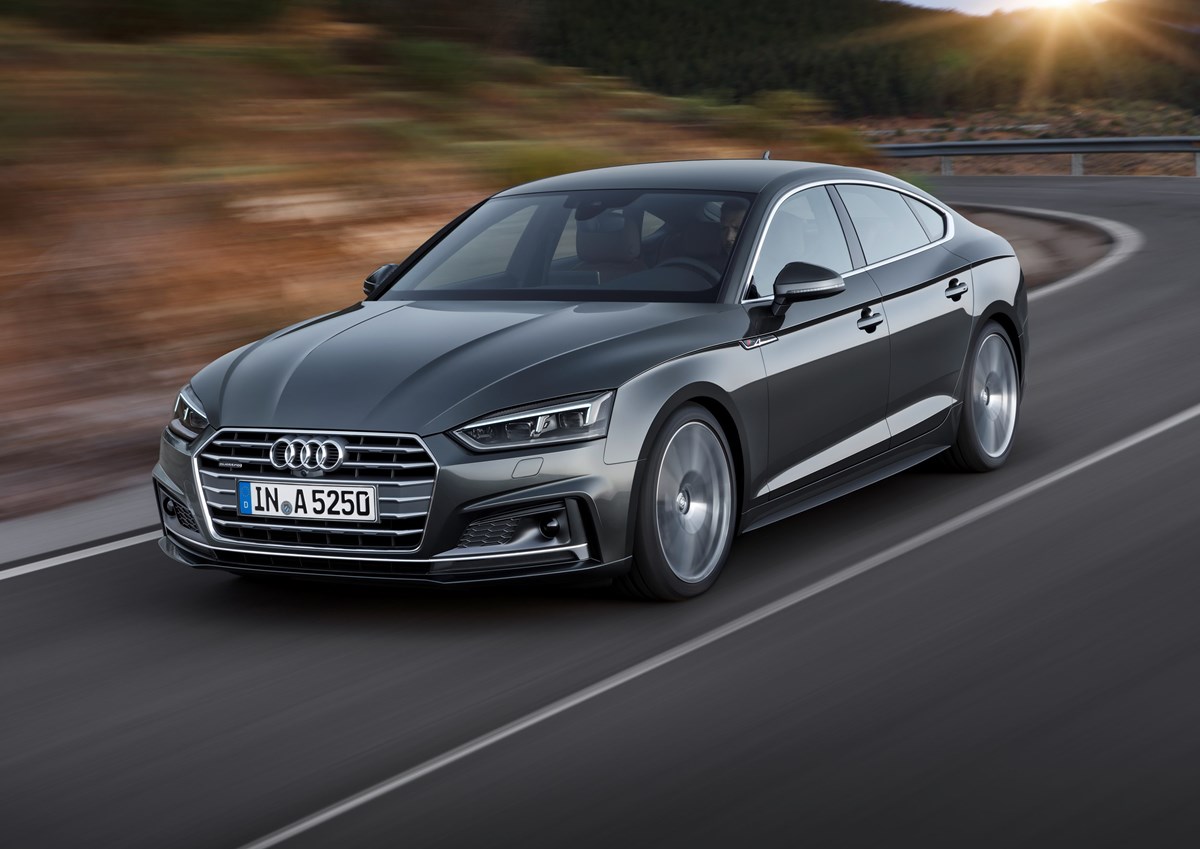 Audi has revealed its new A5 Sportback, a more fleet friendly five-door version of its popular A5 coupe.

The new A5 coupe was launched earlier this year and the Sportback version adds practicality while retaining the sleek lines and performance of its two-door stablemate.

New powertrains have contributed to a 22% reduction in fuel consumption and a 17% increase in power and both two and four wheel drive options are available.

The car is packed with the latest technology including virtual cockpit, Audi's new digital dashboard which debuted on the R8 supercar and has been rolled out across its latest models.

It also benefits from advanced assistance systems such as traffic jam assist which can control acceleration and braking at speeds up to 40mph and active lane assist which can steer the car if it strays out of a lane - a hint that the brand is working on increasing autonomy.

The interior length has gained 17mm, the shoulder room for driver and front passenger up by 11mm and the rear knee room gains 24mm over the outgoing model.

Whats more there is 480-litres of luggage capacity hiding under the standard-fit electric boot lid which can be increased to 1,300-litres when the rear seats are folded down.

Customers can choose between two TFSI petrol and three TDI diesel engine versions for the new A5 Sportback. They produce between 187bhp and 282bhp.

There will also be a flagship Audi S5 Sportback, which packs a new V6 turbocharged TFSI powerplant with an output of 350bhp and 500nm of torque. From rest, it will hit 62mph in just 4.7 seconds and can reach a limited top speed of 155mph.

The most popular engine for fleets is likely to be the 187bhp diesel-powered 2.0-litre TDI ultra which boasts modifications to the transmission ratio, optimised streamlining of the body and suspension as well as the use of low-rolling-resistance tyres help to further reduce consumption, enabling up to 68.9mpg combined and 108g/km of CO2.

Other engine options include a 187bhp or 248bhp 2.0-litre turbo petrol unit, the latter of which can return 47.8mpg and reach 60mph in six seconds, and two 3.0-litre six-cylinder diesels. The first variant of the 3.0 TDI produces 215bhp and 400nm of torque, while still achieving 61.4mpg with CO2 emissions of just 119g/km, and the second is more powerful with 284bhp on offer.

The flagship infotainment version is MMI navigation plus with MMI touch. It includes such features as 10gb of flash storage, a DVD drive, Audi connect services and an 8.3-inch high resolution monitor. Plus there is a 19-speaker 755-watt Bang and Olufsen Sound System which is designed to give the driver the sense of sitting in a concert hall.

The A5 Sportback will make its debut at the Paris Motor Show at the end of September, where more prices and specifications will be available.

Audi will be exhibiting at Fleet Management Live, which takes place at the NEC in Birmingham on October 19 and 20. To register for your free ticket or to find out more, visit http://www.fleetmanagementlive.co.uk/