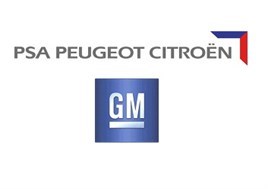 The PSA Group is in talks with GM to buy the European operations of its business, including the Vauxhall and Opel brands.

The group, which owns Peugeot, Citroen and DS brands, stated: “PSA confirms that it is exploring a number of strategic initiatives with GM with the aim of increasing its profitability and operating efficiency, including a potential acquisition of Opel/Vauxhall."

PSA and GM have previously had a close alliance, working together on three projects since 2012, when GM had a 7% stake in PSA. However GM sold its share in December 2013.

"For GM it would mark a clean exit from Europe, especially after the UK vote to leave the European Union weighed on the British pound and GM’s operations in the country."

However, PSA said that there was no guarantee that an agreement would be reached.

The world's biggest car maker is attempting to change the world of motoring with its hydrogen-powered AUTOnomy concept car, the pollution-free vehicle that changes with your needs.

PSA/Peugeot-Citroen's new chief executive Carlos Tavares has spoken of plans to cut model line-up by almost half and to turn Citroen's DS unit into a separate brand in an attempt to restore profits.

In the spotlight: PSA Peugeot Citroen

It could have been an overwhelming proposition, but Martin Gurney, appointed to head the group fleet, has found benefits in merging. Stephen Briers reports