Kia ProCeed will go on sale in early 2019 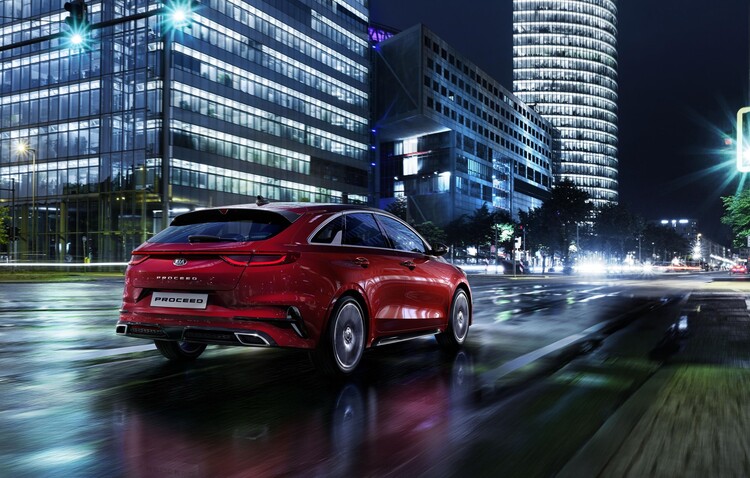 Kia will launch the all-new ProCeed at the start of 2019, with the new model's official debut at the Paris Motor Show in October.

The ProCeed is a ‘shooting brake’ estate with coupe-like styling and a large luggage compartment.

It is lower and longer than both the Ceed five-door hatchback and Sportswagon on which it is based and will be available as a GT-Line or high-performance GT model.

In GT form, the ProCeed is powered by a 1.6-litre T-GDi engine, identical to that found in the upcoming Ceed GT - producing 204PS.

The rear of the car is what differentiates it fully from other models in the Ceed range, inspired by the layout of the 2017 Proceed Concept.

From launch, the ProCeed will be available in a choice of 10 paint finishes. The ProCeed GT-Line will have 17- or 18-inch alloy wheels, while ProCeed GT models are fitted with 18-inch wheels as standard.

Inside the cabin, the ProCeed features the same cabin as the recently launched Ceed.

It benefits from a series of changes designed to introduce a sportier ambience to the cabin. The grey roofliner of the Ceed and Sportswagon is replaced with black cloth and the door sills feature metallic scuff plates.

Built around the same suspension system found in the Ceed and Ceed Sportswagon, the ProCeed offers a unique state of tune compared to its siblings. Drivers can expect agile handling.

CO2 emissions and fuel consuption data are expected closer to the vehicle's launch.