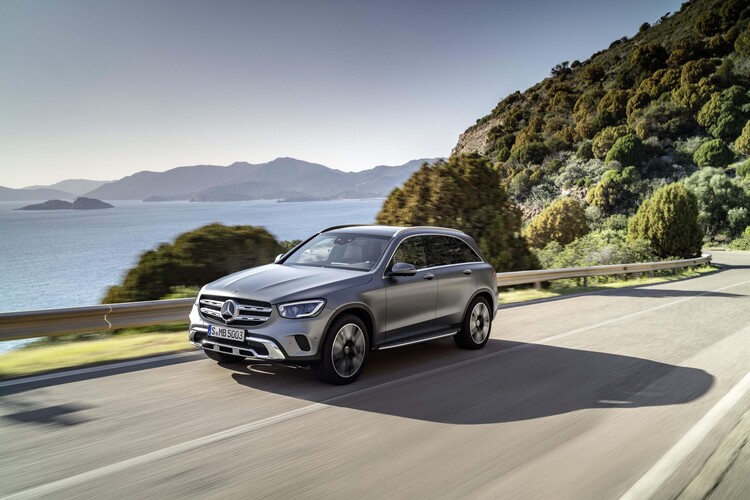 Mercedes has unveiled its facelifted GLC, which features a range of new engines that are more efficient.

A camera in the overhead control panel captures the movements of the hand as it approaches the touchscreen or the touchpad on the centre console. The system makes a distinction between the gestures of the driver and the front passenger, which changes the image on the media display accordingly by highlighting or enlarging individual elements.

Another highlight in conjunction with MBUX is the Augmented Video optional extra, which complements the navigation in a useful way. A camera in front of the rear-view mirror captures the surroundings and automatically shows information on the multimedia display that complements the video image.

The new GLC also features revised driver assistance systems, which include adaptive cruise control with enhanced stop-and-go functionality. The new system is linked to the sat-nav’s traffic alerts and will automatically reduce the car’s speed when approaching traffic.

Also new is Trailer Manoeuvring Assist, which provides assistance with manoeuvring in reverse in particular.

For the market launch in mid-2019, the GLC will be equipped with new four-cylinder petrol and diesel engines. More engines will follow later in the year.

The GLC 220 d features a 194PS 2.0-litre diesel engine. It is the most efficient currently offered, with CO2 emissions from 137g/km. In the previous GLC, CO2 emissions started at 156g/km.

A more powerful 300d version is also available with 245PS and emissions from 151g/km.