Ford has revealed the new Ford Puma, a compact crossover that comes with a mild-hybrid option offering CO2 emissions from 124g/km.

Ford previously announced that every one of the company’s models launched from the all-new Focus onwards would include an electrified option. Puma customers will be among the first to experience Ford’s mild-hybrid architecture.

The BISG also acts as a motor, seamlessly integrating with the low-friction, three-cylinder engine and using the stored energy to provide torque assistance during normal driving and acceleration, as well as running the vehicle’s electrical ancillaries.

Offered in 125 PS and 155 PS variants, the mild-hybrid system continuously monitors how the vehicle is being used to determine when and how intensively to charge the battery.

Roelant de Waard, vice president, marketing, sales and service at Ford of Europe, said: “Our 1.0-litre EcoBoost engine has already proven that fuel efficiency and performance can go hand-in-hand. Our EcoBoost Hybrid technology takes that to the next level.

“We believe customers are going to love the smooth and urgent power delivery of our EcoBoost Hybrid powertrains just as much as they’ll enjoy less-frequent trips to the fuel pumps.” 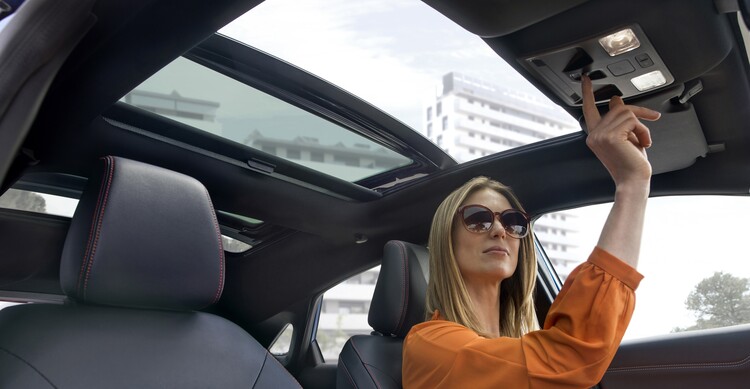 In addition, customers can choose from advanced range of Ford EcoBoost petrol and Ford EcoBlue diesel engines that are supported by standard Auto Start-Stop for further reduced running costs, and a slick-shifting six-speed manual transmission.

Puma’s 1.0-litre EcoBoost and EcoBoost Hybrid powertrains also feature Ford’s industry-first cylinder deactivation system for a three-cylinder engine, which automatically switches off one the engine’s cylinders when full capacity is not needed, such as when coasting or cruising. The system can disengage or re-engage one cylinder in 14 milliseconds.

The new Puma joins Ford’s expanding line-up of SUV and SUV-inspired crossover models in Europe, including the Fiesta Active, Focus Active, EcoSport, Kuga, Edge, and the all-new Explorer Plug-In Hybrid. SUVs now account for more than one in five Ford vehicles sold in Europe, and sales rose more than 19% in 2018.

Puma will go on sale at the end of the year, and will be produced at Ford’s Craiova Assembly Plant, Romania, following nearly €1.5 billion investment since 2008.

Ford has starting trialling a last mile parcel delivery concept in London with Gnewt Cargo which uses pedestrian couriers to take packages to their final destination.

Ford has stopped taking orders for the Edge SUV after deciding to pull the model from its UK line up.

Ford has confirmed it is consulting with unions about the closure of the Bridgend engine plant in South Wales.