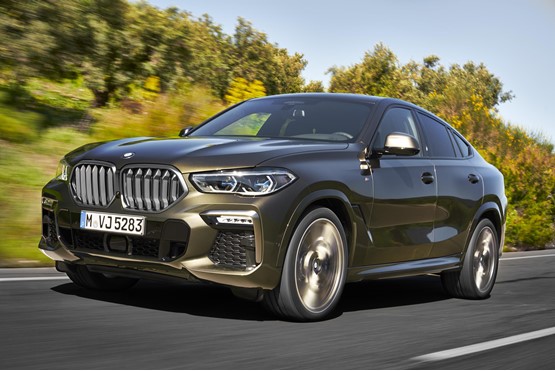 BMW, which was named fleet manufacturer of the year at the 2019 Fleet News Awards, has released details of its third-generation X6 sports activity coupe, which will be launched in November.

The model will be available with a choice of two diesel and two petrol engines:

All variants of the new X6 will be fitted with an eight-speed Steptronic transmission as standard meet the requirements of the Euro 6d-TEMP emissions standard.

At launch it will be available in xLine and M Sport model variants as alternatives to standard specification.

All models will be fitted with cruise control with braking function and the collision and pedestrian warning with city braking function, which also alerts when a cyclist is detected.

The BMW Live Cockpit Professional in the X6 includes a high resolution instrument cluster and a control display, both with a screen diagonal of 12.3 inches.

It also features the BMW Intelligent Personal Assistant, an intelligent digital character who responds to the prompt “Hey BMW”.

It is able to explain all sorts of different functions, provide up-to-date information and assist the driver.

Further ahead, BMW plans to have 25 electrified models by 2025.