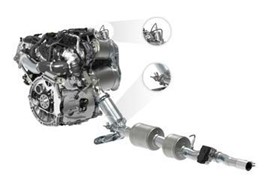 Volkswagen has developed a new Adblue system which will cut diesel NOx emissions by “around 80%” compared to current engines.

The technology is already used in the Passat 2.0 TDI Evo with 150PS, and the manufacturer will gradually introduce it to all models with 2.0 TDI Evo engines, including the next generation Golf which will soon see its world premiere.

The twin dosing process is designed to compensate for a system-based disadvantage of diesel engines.

The main constituent of air is nitrogen and this reacts with oxygen during combustion, thereby forming nitrogen oxides.