Frankfurt motor show 2019 round up 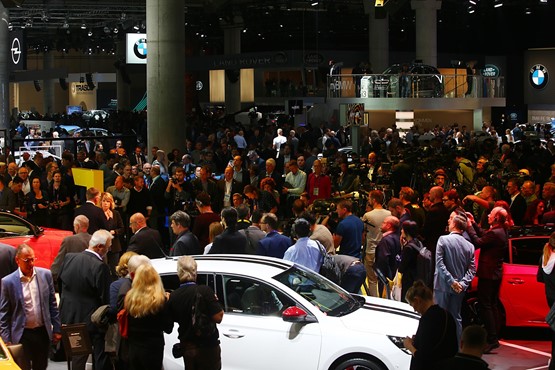 The Frankfurt motor show is an important platform for German car makers to debut their latest models and showcase the upcoming technologies that we can look forward to in the next generation of company cars.

Electric models dominated the event with Volkswagens new ID.3 taking centre stage this year. With low pricing at good availability, the new model is set to become a firm favourite with drivers.

Here is a rundown of all the key fleet models that each manufacturer had on display at the show. 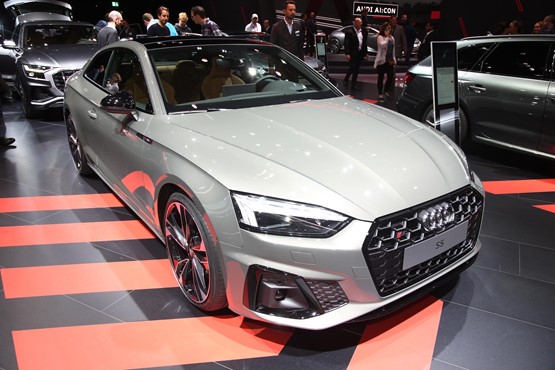 Audi displayed the facelifted A5 at Frankfurt this year. The new model has undergone a round of updates, applying the same improvements as first seen on the A4.

New engines improve efficiency and introduce hybrid technology, while the S5 welcomes a diesel powertrain. There is also a new infotainment system. 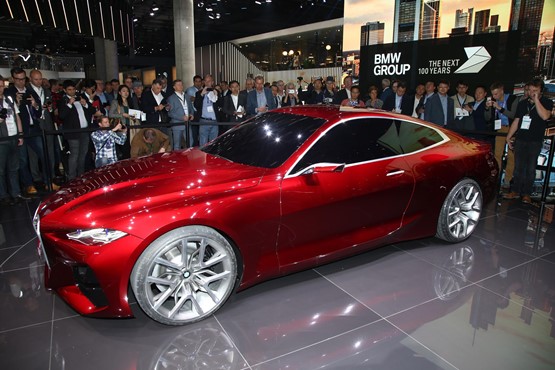 BMW used Frankfurt to introduce its Concept 4 – a sleek coupe that hints at the brand’s future design direction. It sits alongside the new 1 Series and 3 Series Touring, plus the Hyrdogen I Next concept, which is a hydrogen powered version of the X5. 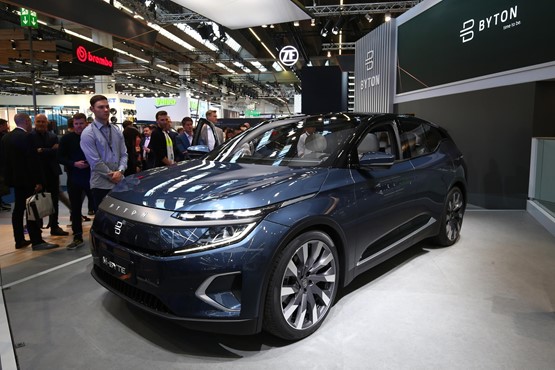 Chinese EV manufacturer Byton launched its new electric SUV at the show. It has a range of 286 miles and is expected to cost from around £40,000 when it goes on sale in 2021.

The M-Byte will be offered in rear- and all-wheel-drive versions, with power outputs of up to 400PS. Fast charging allows for an 80% charge in 35 minutes. 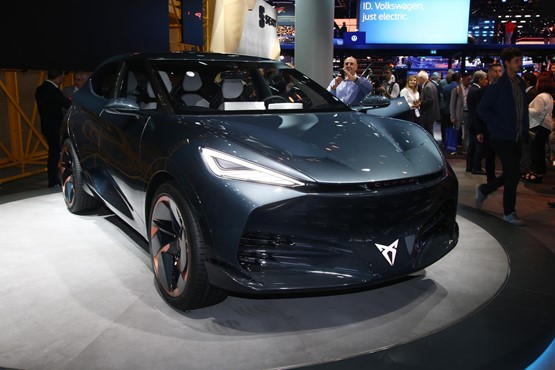 Seat’s performance brand unveiled the Tavascan, an all-electric SUV that packs a 77kWh battery for a 280-mile.

In keeping with the brand’s sporty intentions, the Tavascan uses two electric motors to provide all-wheel-drive and a sub 6.5-second 0-62mph time. 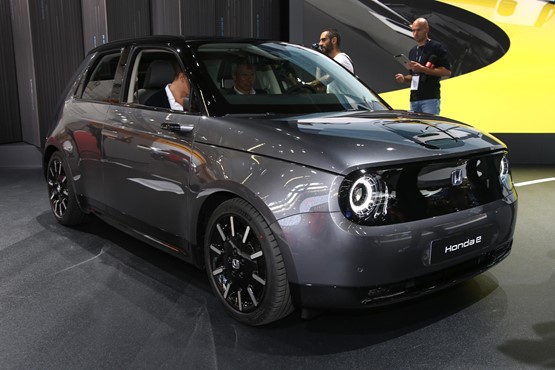 Following the reveal of the Honda e concept at the Geneva motor show, the Honda e made its public debut in production form at Frankfurt.

Honda revealed that it will be process from around £26,000 and will be offered with two power outputs: 134PS and 151PS. 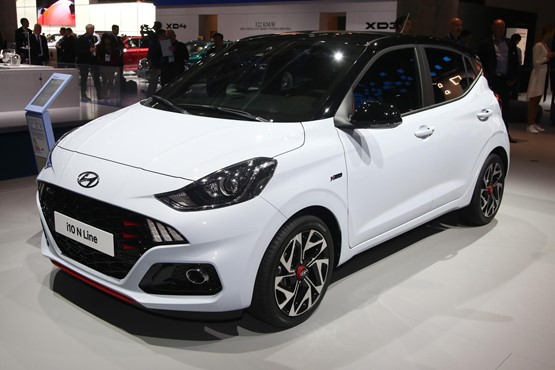 A retro-looking concept car took centre stage at the Hyundai stand. The 45 Concept is expected to form the basis for a new electric SUV from the brand.

The new Hyundai i10 was launched at the show, including a sporty N-Line version. It will go on sale next year priced from around £11,000. 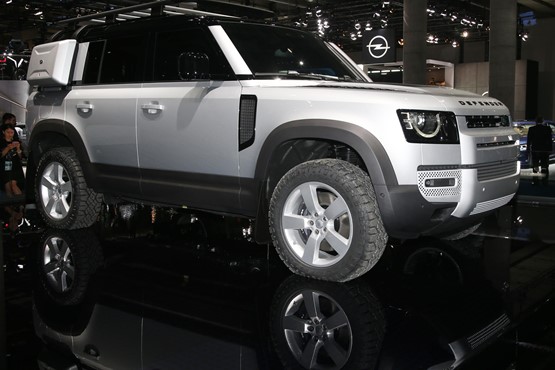 One of the most hotly anticipated new models at the Frankfurt show was the all-new Land Rover Defender.

The previous model remained largely unchanged for the duration of its lifespan and this new model welcomes and entirely new approach to the off-road focussed vehicle.

High performance powertrains are combined with the latest technology in a retro-styled body. 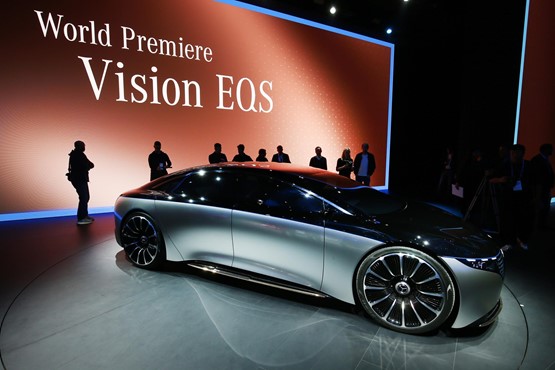 A duo of plug-in hybrid models made their debut at the Mercedes stand. The GLC 300e and GLE 350de are part of the brand’s strategy to launch 20 plug-in hybrids. The GLE has a large battery, giving it a zero-emission range of more than 60 miles.

Also on stand was the Vision EQS saloon. A Fully electric S-Class sized luxury car. It features a 100kWh battery giving a range of 435 miles and develops almost 500PS. 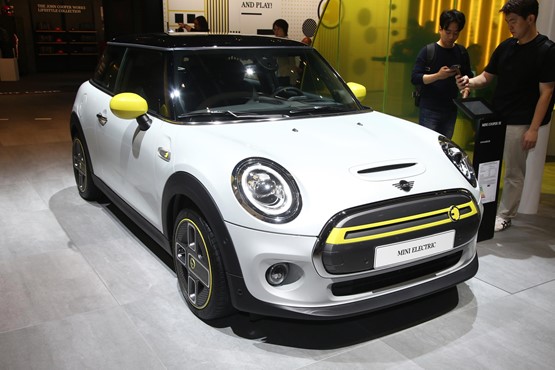 In keeping with the electrifed theme at this year's show, the Mini Electric was on display in full production form. The new model can cover around 140 miles and costs from £24,000. 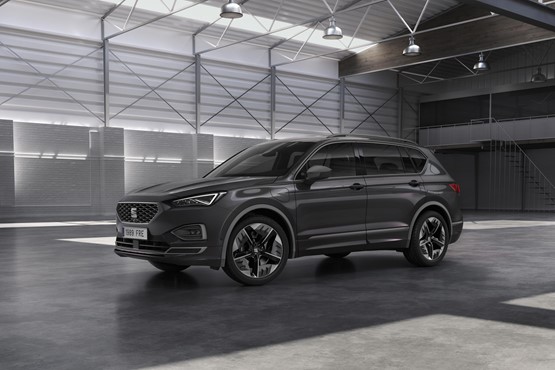 Sitting alongside its Cupra sub-brand, Seat showcased the Tarraco plug-in hybrid. The new model will go on sale next year and uses the same powertrain setup as the VW Passat GTE. 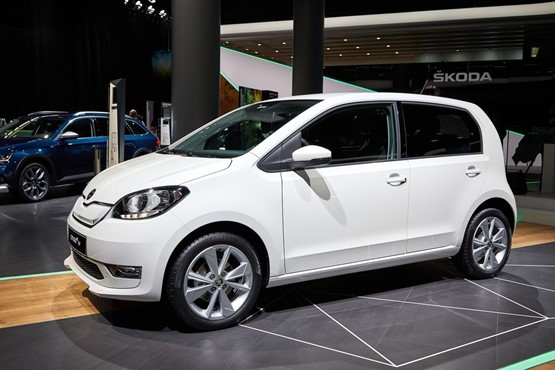 Skoda’s first electric car, the Citigo e was on display at the manufacturers stand. It shares a platform with the VW e-Up and gives a range of 165 miles for around £18,000.

The brand also unveiled range-topping Monte Carlo trim versions of the Scala and Kamiq, which will go on sale next year. 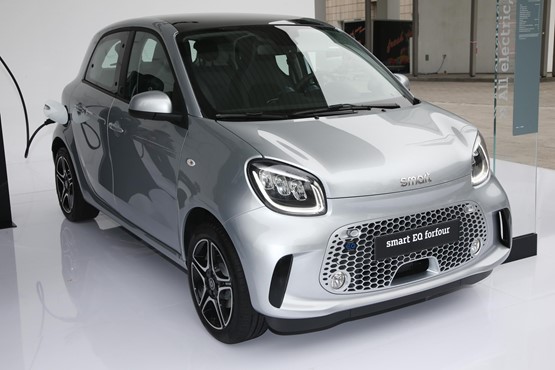 Two new Smart cars debuted at Frankfurt. The ForTwo and ForFour are electric-only and feature a range of updates. Both go on sale in Decemeber. 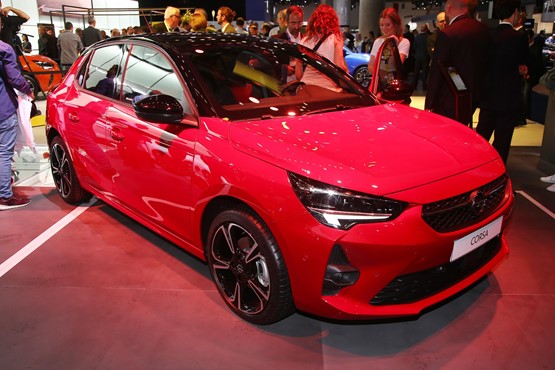 Vauxhall used the Frankfurt motor show to showcase its new Corsa, which is available as a fully-electric version alongside petrol and diesel models.

The new Grandland X Hybrid4 was also on display along with the facelifted Astra. 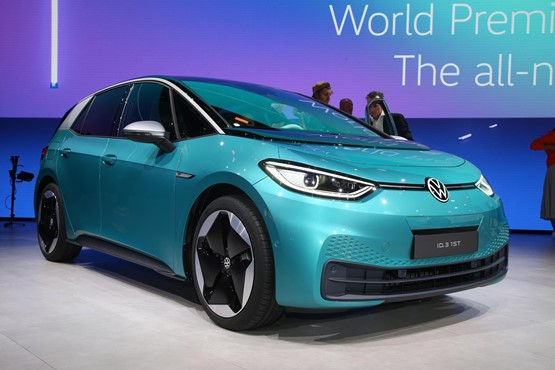 Frankfurt visitors were the first to see the new VW ID.3, the brands first purpose built electric car. It is based on a new platform that will underpin dozens of new vehicles across the VW Group in the coming years.

The ID.3 was revealed with three battery options, giving a range of up to 340 miles.