"We’d recommend the entry-level car as it rides best on smaller wheels and comes with most of the features most company car drivers could ever need." 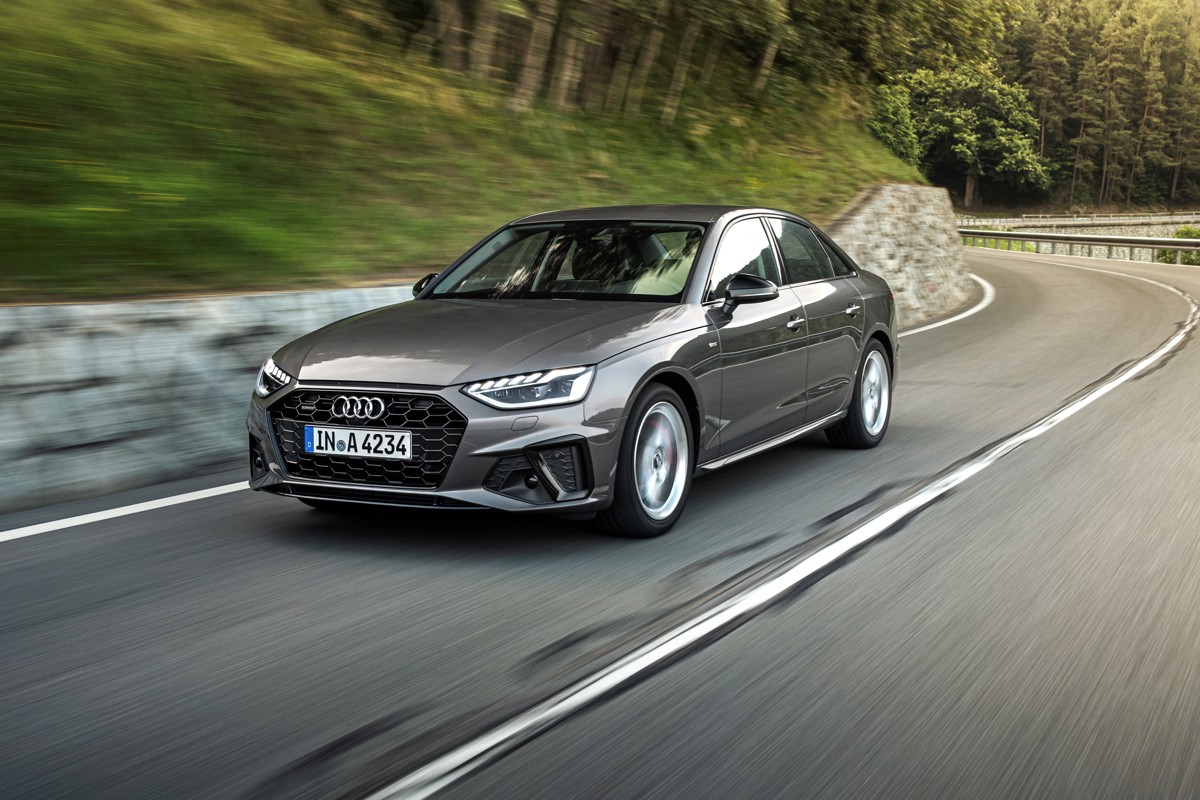 When the last Audi A4 was launched in 2015, its CO2 emissions of less than 100g/km were a headline grabber. Company car drivers poured over the new model with the promise of lower tax.

Since then we’ve witnessed the introduction of the new WLTP standards, alongside the confusing ‘halfway house’ that is NEDC-correlated.

The result is a new A4 that is significantly cleaner and more efficient than ever before, but still likely to have CO2 emissions of around 100g/km (NEDC-correlated).

At least that’s what we’re expecting, because all of the official figures are yet to be confirmed. If it’s true then the A4 will have its direct competition beaten on the key measure.

The facelifted A4 range is powered by mild-hybrid engines, with diesel and petrol models offered from launch. There’s no word of a plug-in hybrid, however.

There is also a 190PS diesel (40 TDI) and even the S4 now gets mild hybrid technology, with a V6 diesel.

Those underwhelmed by the styling changes will be similarly disappointed to learn the A4’s interior is largely unchanged too, although that’s no bad thing as it's one of the best out there.

The biggest update is a new infotainment system. It features a high-resolution 10.1-inch screen and the latest software from Audi’s new models.

Specification levels have been improved, with all versions of the A4 now getting the Audi Virtual Cockpit as standard.

A range-topping Vorsprung model comes laden with most of the optional equipment from the rest of the range.

We’re still waiting for full pricing to be announced for the line-up, but Audi has said the entry-level 35 TFSI saloon will cost less than £31,000. Estate and Allroad versions will also be offered.

The fleet pick is likely to be the 35 TDI (P11d £34,975), which should be the most efficient based on the data we’ve seen. When we drove the car its balance of power and refinement impressed us.

Its steering feels particularly direct, helping the car to feel more nimble. It is, however, still not as engaging to drive as the 3 Series.

On the motorway, the A4 does its work best. It’s quiet and comfortable, especially with the optional adaptive dampers.

We’d recommend the entry-level car as it rides best on smaller wheels and comes with most of the features most company car drivers could ever need.

For those that want driver assistance systems, the Tour Pack is good value at £1,250; adding adaptive cruise with stop and go, lane-keep assist and traffic sign recognition.

It’s a shame there is no plug-in hybrid offered, but the A4 does well to provide low emission (from what we’ve seen so far) choices from its petrol and diesel engines. Even the S4 could be a consideration for a driver, with 155g/km it’s more efficient than some mainstream SUVs.