Was this article useful?
3 people found this useful
12 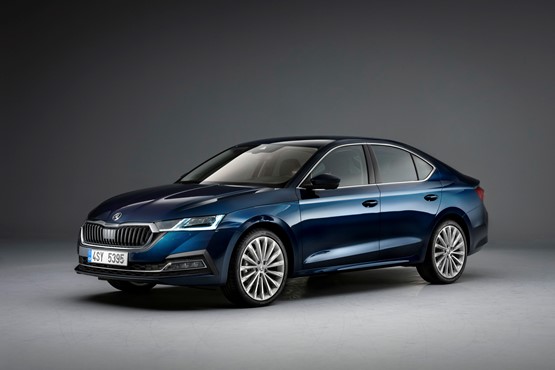 Following the lead of the latest Škoda Superb, the new Octavia offers fleets a plug-in hybrid (PHEV) option. It features a 1.4 TSI petrol engine delivering 115kW (156PS) and a 75-kW electric motor. Together, they produce a total power output of 150kW (204PS) and have a maximum torque of 350 Nm. It uses a 37Ah, 13kWh lithium-ion battery, promising an electric range of up to 55km in the WLTP cycle.

For the first time in the Škoda line-up, the Octavia is available in two ‘eTEC’ variants with mild hybrid technology.

Using a seven-speed DSG (the PHEV model uses a six-speed DSG), the three-cylinder 1.0 TSI produces 81kW (110PS) and the four-cylinder 1.5 TSI produces 110kW (150PS). Both use of a 48-volt belt-driven starter motor and a 48-volt lithium-ion battery. This allows eTec models to take advantage of energy recovery through regenerative braking and to ‘coast’ with the engine completely switched off.

Stop/start technology, reduces fuel consumption “and CO2 emissions even further” says Škoda, however, it is yet to publish the CO2 emissions figures for the new Octavia.

The manufacturer says its latest generation EVO diesel engines emit up to 80% less nitrogen oxide than its predecessor. This is achieved in part by a new ‘twin dosing’ exhaust gas treatment, where AdBlue is injected in front of the two catalytic converters that are arranged one after the other.

A long-standing feature in the VAG line-up, the DSG gearbox fitted in the Octavia breaks new ground for Škoda, as it is the first to use shift-by-wire technology. As the name suggests, this electronically transmits the driver’s gear selection to the transmission. In place of the familiar DSG lever, there is a new control module located in the centre console with a small rocker switch for selecting drive modes, as well as a button for the parking mode.

Additional safety systems include Collision Avoidance Assist, Turn Assist, Exit Warning and the local Traffic Warning function are also making their debut at Škoda. Other new features for the OCTAVIA include Area View, Side Assist and Predictive Cruise Control, which – together with the updated version of Traffic Sign Recognition and the further improved Lane Assist, as well as Traffic Jam Assist and Emergency Assist – forms the Travel Assist system. Using Hands-on Detect, this system also checks whether the driver is touching the steering wheel consistently. Up to nine airbags, including a driver knee airbag and rear side airbags, protect occupants in the event of a collision.

Another debut for Škoda is an optional head-up display. It projects information such as speed, navigation, detected traffic signs and activated driver assistance systems directly onto the – optionally heated – windscreen. The 4.2-inch, multifunction Maxi DOT 16-colour display comes as standard, while Tri-zone Climatronic makes its debut in the Octavia.

Keyless vehicle entry system (KESSY) is another option, as are noise-reducing acoustic side windows at the front.

Perhaps the most interesting option for fleet drivers clocking up high miles, however, are the “particularly back-friendly” Ergo seats. These offer an electric massage function and optional ventilation.

Additionally, the new Octavia offers a choice of four infotainment systems from the latest generation with screens measuring from 8.25 to 10 inches. Some of them can be operated using gesture control or by voice via the Laura Škoda Digital Assistant. The top-of-the-range Columbus infotainment system can – for the first time – display the navigation system’s maps in a different level of zoom than the 10.25-inch Virtual Cockpit (which, by the way, has also been further improved, making it even more user-friendly). This new function can be adjusted via a touch slider located below the display, which can also be used to control the volume.

Skoda has confirmed the new Superb will be priced from £24,655, with first deliveries in the Autumn.

Skoda has announced the prices and specs of the new Kamiq compact SUV, which will be available in November.