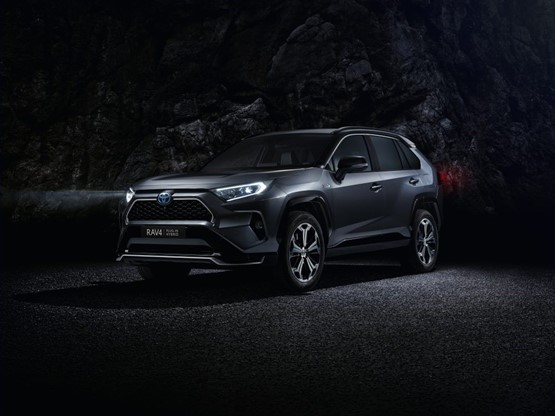 Toyota has confirmed a plug-in hybrid version of the Rav4 SUV will be available in the second half of 2020.

The new model was revealed at the Los Angeles Motor Show and has a 306PS output and CO2 emissions of less than 30g/km.

A zero-emission range of more than 37 miles is expected from the car’s battery, while its 2.5-litre petrol engine ensures longer journeys can be completed with ease.

The Rav4 plug-in hybrid uses the same powertrain and electric motor as the regular Rav4 Hybrid, albeit with a larger battery and a boost converter to increase power.

It will come with Toyota’s AWD-i electric all-wheel-drive system as standard. Toyota says the car will be able to accelerate from 0-62mph in around 6.2 seconds and will provide “best in class fuel economy and emissions”.

Sitting at the top of the range, the Rav4 plug-in hybrid follows the footsteps of the Prius plug-in hybrid and draws on 20 years of Toyota’s hybrid development.

The new Rav4 launched last year with one powertrain choice, a 221PS or 225PS output (FWD and AWD) and CO2 emissions from 103g/km.

Final specifications and prices have not yet been confirmed for the plug-in hybrid but the car is expected to go on sale in the UK next year with prices starting at a premium above the £34,280 that the current Rav4 AWD costs.