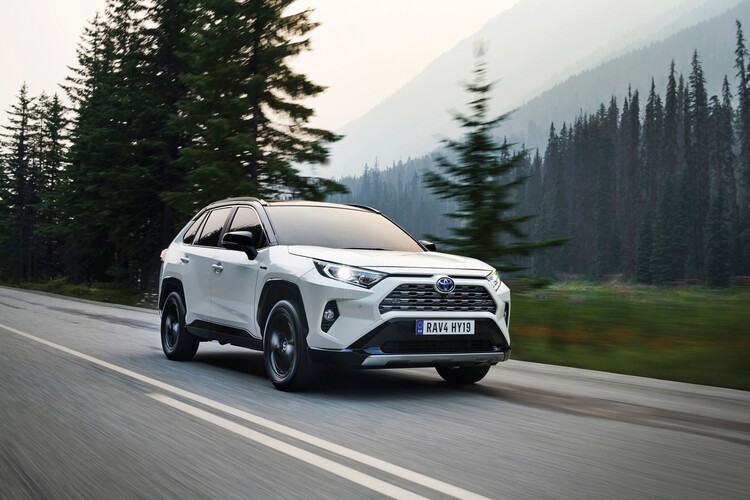 Toyota’s fifth-generation Rav4 has all the key ingredients to be a hit in the company car sector. Launched into the ever-growing SUV market, its petrol-electric hybrid powertrain – no pure petrol or diesel engines are available – gives it a low CO2 emission figure, leading to a sizeable benefit-in-kind (BIK) tax advantage over many of its mainstream rivals.

While these BIK figures may be among the first things to grab the attention of an interested company car driver, Toyota’s D-SUV also has much else to commend it.

It is available with just one powertrain – a 2.5-litre petrol and 88kw electric motor hybrid – which produces 221PS in front-wheel drive models and 225PS in all-wheel drive versions.

The Rav4 also looks much more striking than before and, despite being 5mm shorter (at 4,600mm), its 30mm longer wheelbase gives it interior space comparable with the best in class. Boot space also grows by 79 litres to 580 litres.

The dashboard is typically Toyota in its easy-to-use design and high build quality, with an eight-inch infotainment screen among the highlights.

Toyota expects 50% of registrations to go to fleet, with Design being the most popular, taking 35% of registrations. Standard equipment on this variant includes 18-inch alloy wheels, satellite navigation, front and rear parking sensors, LED headlights, digital radio and power tailgate.

Toyota’s Safety Sense 2 suite of safety techno-logies is standard on all variants.

The Rav4’s improvement over its predecessor continues on the road. It has greater driver appeal, comfort and refinement are high, and revisions to the model’s CVT gearbox and engine mean it is more responsive with greater lower-down urge than before.