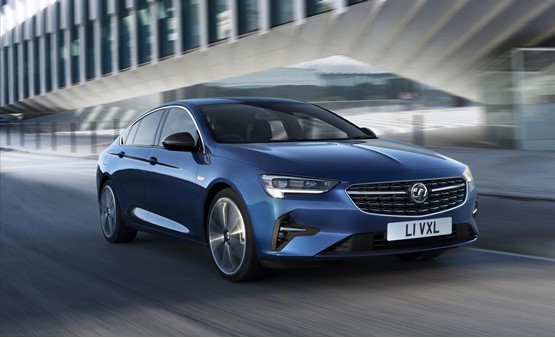 Vauxhall has started accepting orders for the new Insignia, which features a refreshed design and improved driver assistance technology.

All models are RDE2 compliant.

The engine line up consists of two petrol and two diesel engines. The entry-level 1.5-litre Turbo D is the most efficient and provides a 122PS output, There will also be a 174PS 2.0-litre diesel that will be introduced later in the year. It emits from 123g/km.

Petrol power comes in the form of a 1.4-litre with 145PS and a 2.0-litre with 200PS (230PS GSi). Both engines are turbocharged and the more powerful unit features with all-wheel-drive. Automatic gearboxes are optionally available across the range.

At the front, the car’s new look is enhanced by a wider grille and new IntelliLux LED headlights. The new units feature 84 LED elements in each dipped beam, building on the 16 fitted previously, improving visibility for night driving.

The light beam is automatically switched between a dipped and main beam during night driving, with the camera-based IntelliLux technology able to adjust seamlessly in milliseconds.

The rear of the car has also been revised and includes a new reversing camera that improves rearward vision and an optional rear cross traffic alert system. 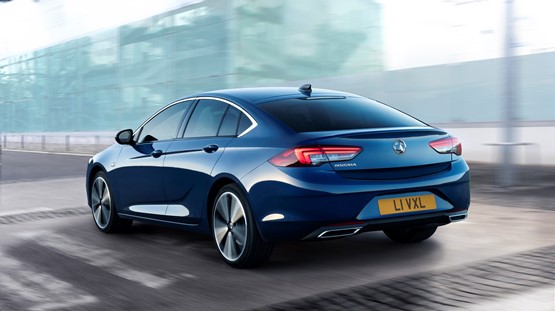 The rear cross traffic alert uses radar sensors to detect objects 90 degrees to the left or right behind the car, up to a distance of 20m away. The driver is warned by acoustic signals, and on the display screen.

For driver convenience, the Insignia’s infotainment options are compatible with both Apple CarPlay and Android Auto, from the basic seven-inch colour touchscreen Multimedia Radio to the Multimedia Navi Pro unit. The top-of-the-line version features an eight-inch touchscreen with a number of Connected Navigation services such as real-time traffic information, online map updates and predictive navigation for route planning.

The optional E-Call system, exclusive to Vauxhall, can be specified too. It automatically sends an emergency call if the seatbelt tensioners or airbags are deployed. Help can also be summoned in seconds by pressing the red E-Call button.

The Ultimate Nav is similarly specced, but comes without the sporty look.

Flagship GSi models come with a power boost to 230PS and all-wheel-drive.