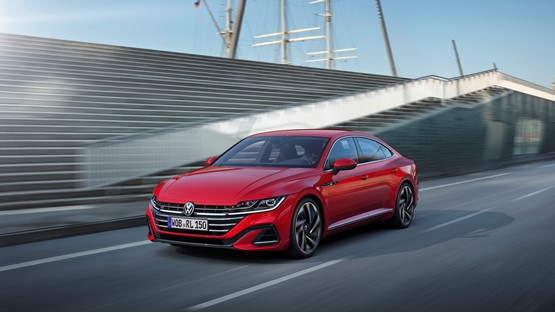 The updates over the existing model are largely centred around new powertrains and enhanced technology but minor visual revisions have been applied, including a new daytime running light that now stretches across the width of the grille.

A new plug-in hybrid engine, borrowed from the Passat GTE, will be offered in the Arteon for the first time. Known as the eHybrid, it develops 218PS and has a 33-mile EV range from its 13kWh battery.

The diesel engines have also been updated with a twin-dosing SCR system, which is said to reduce NOx by up to 80%. There’s a choice of 150PS or 200PS, the latter available with 4Motion all-wheel-drive.

For the first time, the Arteon will be available in flagship R guise. Using a 2.0-litre TSI and “specially configured” all-wheel-drive system, the Arteon R serves up 320PS. 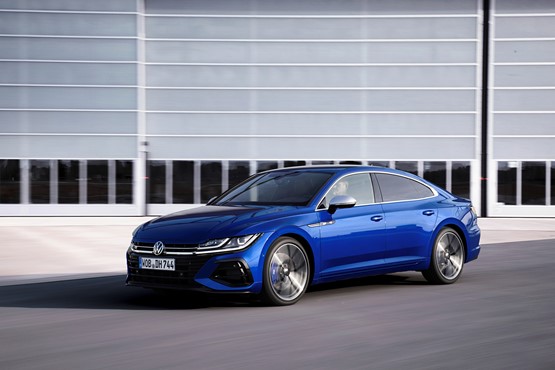 Performance and emissions data is yet to be published.

Inside, the Arteon features an updated dash. There is new steering wheel and climate control, both with touch sensitive panels rather than traditional buttons. It also gets the latest infotainment system, as seen in the new Golf.

As on the old model, there’s a plethora of assistance systems including adaptive cruise control on all versions. The new model is fitted with IQ Drive, a partially autonomous system that can control the steering, throttle and brakes at motorway speeds, while also providing stop and go in traffic jams.

It’s available with the same range of engines and offers additional carrying capacity. 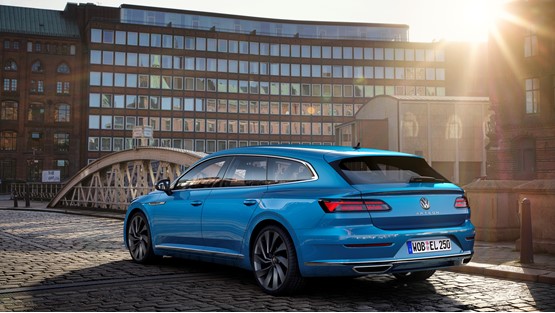 There’s only modest increase in useable boot capacity (up to rear seat height) of two litres (563l vs 565l), but with the seats folded the Shooting Brake can accommodate an extra 75 litres.

It has the same footprint as the Arteon fastback, but is slightly taller by around 20mm.

Prices are yet to be revealed and will likely be announced when the car goes on sale towards the end of the year.

Fleet Poll
How would you like to see roads policing improved?
Vote
View all
97