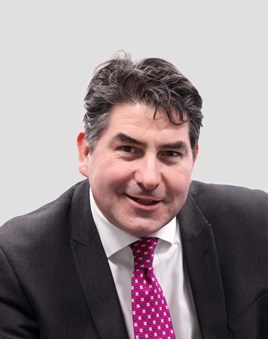 Brevia Consulting has announced the appointment of Rob Flello as chairman of Brevia Transport and a member of its advisory board.

Bringing over 12 years of experience as a Member of Parliament where he served on the Transport Select Committee and established the Parliamentary Freight Transport Group, Flello (pictured) is also a Chartered Fellow of the Chartered Institute of Logistics and Transport.

Flello served as the Labour MP for Stoke-on-Trent South between 2005 and 2017.  In Parliament, he was a member of the Transport Select Committee and chaired the All-Party Parliamentary Freight Transport Group.

Brevia Consulting’s managing director David Beamer said: “During his twelve years as a Member of Parliament, Rob demonstrated an expertise in transport policy which will massively benefit our clients and help us grow the division.”

He has also served as a Shadow Minister and in Government. Between 2010 and 2013, Rob was Shadow Justice Minister covering civil law, victims of crime, and youth justice.

Flello said: “I am excited to have joined Brevia, which already has a strong reputation in the transport sector. I look forward to working with my new colleagues to develop our transport client base and provide expert advice and support to clients.”

BCA has appointed digital marketing specialist Dene Jones as chief marketing and data officer. He will commence his new role in February 2018.

The new role will see him lead a team of industry experts and analysts to editorial and remarketing consultancy.