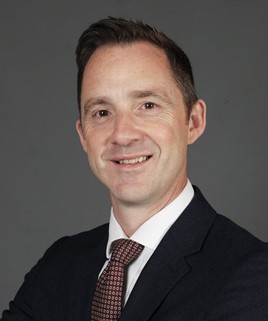 BCA has announced that Stuart Pearson will be promoted to chief operating officer of the remarketing division, replacing Simon Henstock.

As Henstock retires from his 40-year career with BCA in April, Pearson who has been with BCA for nearly 25 years will take the helm.

Pearson started as a management trainee at BCA Derby. He managed BCA Preston in 2000, then managed the auction supercentre in Bedford on its opening in 2005.

In 2015, he held the role of operations director, BCA UK Remarketing, and became managing director the following year.

Henstock joined BCA in 1978 and held a number of senior operational and sales roles during his forty-year career with the company.  He was appointed chief operating officer at BCA UK Remarketing in 2015.

"Stuart’s experience and passion for the industry will be critical as we continue to drive our business forward and meet the increasing demands of a fast-moving marketplace.  We wish Stuart great success in this next step in his career at BCA.

“We also wish Simon Henstock the very best as he enjoys his well-earned retirement following a long and distinguished career with BCA.”

A £21.5 million claim brought against BCA Trading Limited by the founder of Tradeouts Limited, a digital platform connecting car dealers, has been dismissed by the High Court.

The remarketing company says that it will add significantly to the facility’s volume and throughput.

Values for ex-fleet and lease cars sold at BCA in March hit a new record of £11,122 as demand increased.