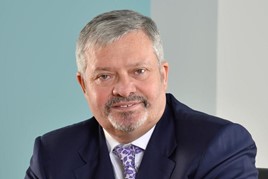 Speaking to AM Magazine Willis said that he was sad to be leaving but had been offered a new opportunity outside the UK, which he was “unable to turn down”.

He headed up the Volkswagen Passenger Cars brand between February 2000 and 2008 and worked as the managing director of Volkswagen Group Ireland, before replacing Paul Willcox as the Group’s UK MD – responsible for all VW Group brands in the UK.

While Willis would not reveal the identity of his new employer, he said: “It is a large conglomerate outside the UK with automotive interests.”

He added: “My new role is with a firm that is much more entrepreneurial than being an importer. That’s something I’ve always found interesting and I’ll be both a board member and responsible for the entire value chain.”

A spokesman for Volkswagen Group UK said that no timescale had yet been set for Willis’ departure.

“The Volkswagen Group’s franchised dealer networks and the group’s UK staff were the first to be informed of Paul’s departure and we’ll be sad to see him go,” he said.

“It was hoped that we could confirm his successor before making the move public and, as yet, no timescale has been set his departure.”

Willis said that the end of the year would be a natural time for him to leave his current post but added that he would be willing to stay on to facilitate the transition to a new UK Group managing director.

Willis led the VW Group response to the dieselgate scandal of September 2015 and was called to give evidence to the Government’s Transport Committee on various occasions.

More recently, he has led the group’s management of stock shortages to its UK retail network in the wake of production issues related to the September 1 implementation of the new Worldwide Harmonised Light Vehicle Test Procedure.

Volkswagen Group brands accounted for 49% of the UK’s total registrations decline of 20.5% (87,336 vehicles) as the brand’s WLTP-related supply woes were felt by car retailers in September.

A total of 42,830 fewer vehicles were registered by Audi, Bentley, Porsche, Seat, Skoda, and Volkswagen last month than during in the same period in 2017.