Is the fight for clean air a fight against diesel? 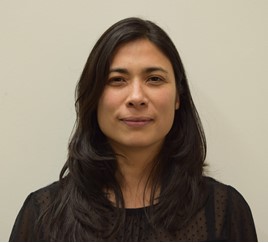 In a recent editorial, Fleet News editor-in-chief Stephen Briers suggested that ClientEarth had an agenda “to rid the roads of diesel; it isn’t interested in any improvements in emissions being made.”

To set the record straight, the clean air team at ClientEarth has one agenda – to protect people's health by upholding their right to breathe clean air.

The problem of air pollution in the UK’s towns and cities is well documented. We’ve all heard about the issues nitrogen dioxide (NO2) and particulate matter can create for our health and wellbeing, and the burden they place on the NHS. Levels of NO2 exceed legal limits across the country.

At ClientEarth, we have been calling on the government to take action – and have won three legal battles to force ministers to do so.

We have seen the Government fail time and again to get a proper grip on the problem. Following our third legal victory, we are now waiting to see whether the latest court-ordered addition to the government’s air quality plan will be good enough to comply with the law.

The Government's own evidence shows that road transport emissions account for 80% of illegal levels of air pollution in towns and cities across the UK, with the lion’s share coming from diesel vehicles.

The Government also blames its failure to meet legal limits partly on the fact that diesel vehicles have not been as clean as they were expected to be - even when the technology is available for diesel vehicles to meet emissions standards.

Perhaps, then, while our focus is on making sure legal air pollution limits are met as soon as possible for the sake of people’s health across the country, we can be forgiven for being slightly sceptical about the car industry’s ability – or indeed willingness – to play its part by meeting NOx emissions limits for diesels in the real world.

If manufacturers have been shown to exceed emissions limits by large margins when their vehicles are driven in the conditions they are designed for – i.e. on the road – while all the time revelling in claims about ‘clean diesel’, then how can we expect them to deliver on emissions in the future?

The Government’s own evidence shows that the quickest and most effective way that can be shown  to reduce illegal and harmful levels of NO2 is to introduce Clean Air Zones (CAZs).

ClientEarth has long been calling for a national network of CAZs. If you reduce the number of the most polluting vehicles in high-pollution areas, you immediately start to bring dangerous levels of pollution down.

Those that are allowed to enter CAZs, however, should be as clean as car manufacturers have led people to believe they are. Vehicles that do not meet the zones’ emissions standards should be discouraged from entering them. This is a technology-neutral approach that focuses on bringing down levels of air pollution as soon as possible.

Unfortunately, the newer-means-cleaner logic does not always hold true. Numerous studies on the real world emissions of the newest Euro 6 cars show that on average they do not meet these expectations. In fact, there are even Euro VI lorries that emit less NOx per mile.

That is why we have also been calling on the UK government to introduce a clean vehicle labelling scheme, like Emission Analytic’s Equa Index. This approach would guarantee the cars allowed into CAZs meet the standards, regardless of how they are powered.

As the UK Government takes action to clean up the air, it should be leading efforts to help people and small businesses, in particular, to move to cleaner forms of transport - like funding targeted scrappage schemes with a contribution from the motor industry.

The fight for clean air is a fight to protect the nation’s health – there is no hidden agenda. The priority is to bring air pollution down, as quickly and effectively as possible and make our towns and cities healthier and better places to live.