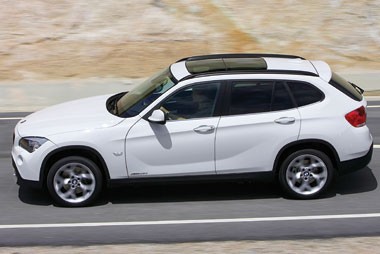 The previous custodian of the X1 noted that the cold weather had hampered the car’s stop/start system.

It’s good to announce that during the last month it has kicked in on every journey, and usually several times.

Automatic stop/start systems barely have time to work on short journeys because they operate only when the engine is warm.

Likewise, when the outside temperature is low, they are also prevented from working.

Now that our chilly winter has transformed into a mild spring, the fuel-saving system is working as it should be, and I’ve driven the X1 on quite a few runs involving heavy traffic – the road widening scheme on the north-west of the M25 is still subject to snarl-ups, and the car also encountered heavy traffic in London on the way to the Fleet News Awards.

I also have to sit for a few minutes at a level crossing on the way to and from work, so during the last month the X1 has probably spent a good 30 minutes or so with the engine switched off where a car without the technology would have been idling.

I know a car doesn’t use much fuel when idling, but it probably still adds up to a few pence per day – more if you do more driving in urban areas than I do.

The car’s trip computer is showing overall fuel economy of 43.4mpg. But this is significantly off the 53.3mpg claimed. Looks like I need to put more effort into economy driving.