"Its driving characteristics are suited to an urban environment. With 120PS and 320Nm of torque, performance was ample and its steering was light, while its elevated driving position and large glass areas gave excellent all-round visibility." 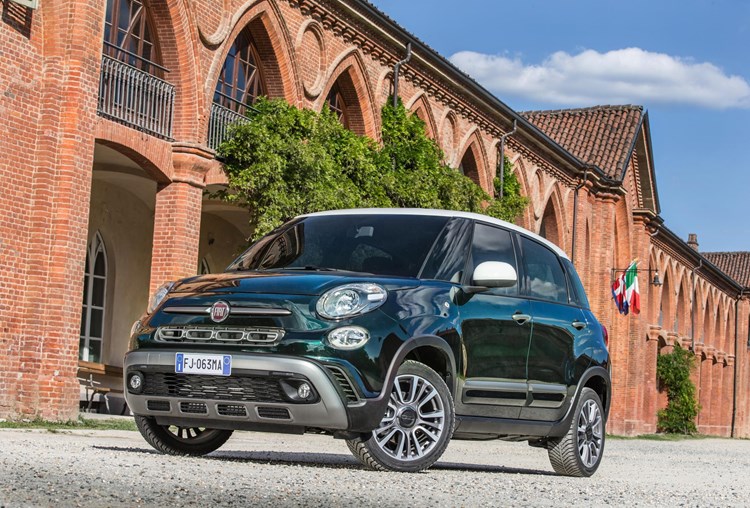 Often considered to be the ugly duckling of the Fiat range, the 500L has still been a sales success for the Italian car manufacturer with more than 430,000 registered since its 2012 launch.

It has now undergone a mid-life refresh and, although Fiat says 40% of all components are new, this hasn’t transformed the mini-MPV into a beautiful swan.

Instead, exterior changes are restricted to a new grille to bring the car in line with the rest of the 500 family (which includes the 500 city car and 500X SUV) with additional chrome trim and the repositioning of fog and reversing lights to the underside of the bumper.

Internal changes are far more noticeable: the cabin benefits from improved materials giving the 500L a greater perception of quality, while the dashboard has been updated with new instrument dials and styling features.

It is now available in three variants: the standard five-seat 500L Urban, a longer, seven-seat 500L Wagon and a ‘rugged’ Cross version.

This offers 25mm more ground clearance than Urban and three driving modes – Normal, Traction+ and Gravity Control – to improve grip, dependent on the terrain. It also features new bumpers and front and rear skid plates to give it more of an ‘off-roader’ look.

However, the most popular version of the 500L will be the Urban, which comes in two trim levels: Popstar and Lounge.

Fiat has not yet released CO2 or fuel economy figures for the facelifted range, but the 500L is mechanically unchanged from the current model so they should be similar.

The most efficient model in the current range is the 1.3 MultiJet diesel which produces 104g/km of CO2 and has an official combined fuel economy of 72.4mpg.

We drove the 1.6 MultiJet diesel model at the launch. Its driving characteristics are suited to an urban environment. With 120PS and 320Nm of torque, performance was ample and its steering was light, while its elevated driving position and large glass areas gave excellent all-round visibility.

Its soft suspension gave a comfortable ride, although refinement suffered through its intrusive engine noise.

First deliveries will take place in September. Pricing will be confirmed closer to that date, although Fiat said it will be consistent with the current model.