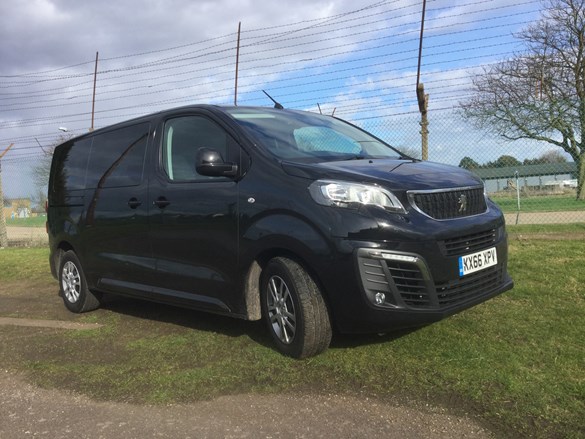 Fleet operators try to squeeze every last drop of practicality out of their commercial vehicles nowadays – and this has led to a whole gamut of derivatives that blur the lines between vans and cars.

One example is the new Peugeot Traveller, which could one day be transporting eight executives from airport to hotel and the next be lugging five cubic metres of cargo from one depot to another.

The Traveller is basically a Peugeot Expert van which has been blinged up to make it look like an executive passenger car – and a very good job they’ve made of it, too.

The Expert has been busily scooping up awards since its launch late last year and this new derivative will do nothing to harm its prospects.

Sadly, it is just too car-like to be able to reclaim VAT, so the on-the-road price is a hefty £30,250. But you do get an awful lot of bangs for your bucks – and opting for the Traveller could even save a fleet buying two different vehicles, which, of course, would more than make up for the lost tax.

Our test van is the medium wheelbase variant featuring a 1.6-litre turbodiesel powerplant offering 115PS and 300Nm of torque – not exactly enough to set the Tarmac alight, but sufficient to row this van along nicely once under way.

There are lots of nice touches that you don’t get in vans such as full carpeting, lit vanity mirrors on both sides and even heating in the rear. But we were surprised to find that the two rows of seats come as a £700 option.

Both rows lift out separately so the vehicle can be used as a true van, but it’s a brave man who tackles this job alone – and a braver one still who tries to put them back.

With the seats removed there is a plentiful 5.3 cubic metres of loadspace on offer. However, once they are all in, there’s precious little room for luggage.

Other standard features include air-conditioning – a must, we reckon, with nine people in such a small space – front seat armrests, twin sliding doors, rear tinted windows and a seven-inch touchscreen digital radio with Bluetooth and USB connectivity. There are also driver, passenger and front lateral airbags.

The power output may not be the highest on offer (top is a meaty 180PS) but there are certainly no complaints about its frugality. This variant has an official combined fuel economy figure of a stunning 54.3mpg, which would have been unheard of for a van this size even five years ago.

Mind you, whether or not that figure is achievable – especially with a full tally of people on board – is debatable. Our long-term Citroën Dispatch (which is essentially the same vehicle) managed just 44mpg during its time with us.