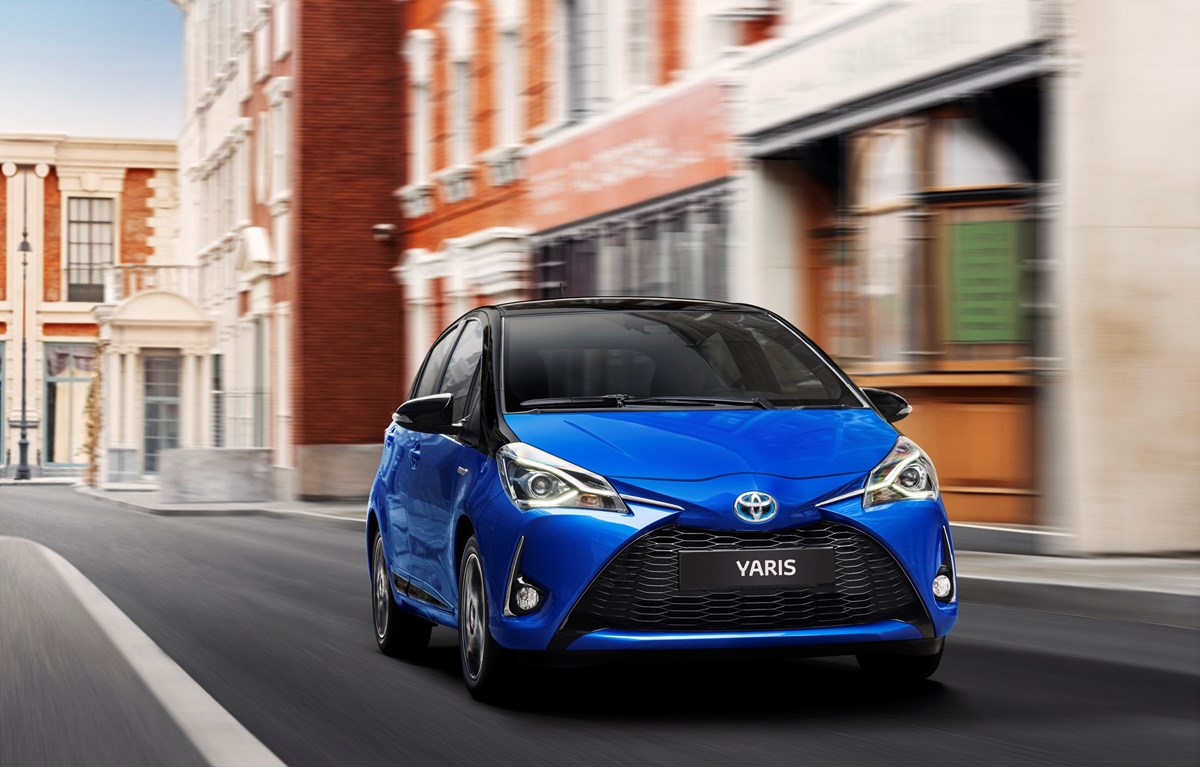 Toyota has given the Yaris a mid-life facelift which brings a new engine and revised trim levels, but waves off the diesel engine and three-door shell.

Exterior changes are minimal, but the most noticeable. They include re-styled bumpers and a new tailgate with larger rear lights.

Inside the same dash is carried over with the same scratchy plastics, but the instrument cluster has been refreshed with a 4.2-inch colour trip computer display.

Hybrid models carry the lowest CO2 emissions figure of 75g/km, while the 1.0-litre emits 99g/km. The new engine is more efficient than the outgoing 1.33-litre unit at 109g/km for the manual or 105g/km for the automatic.

Prices for the new Yaris start at £12,995 for the Active trim rising to £19,295 for the Excel Hybrid. Icon models, which start at £14,495, are expected to be the best sellers with almost half being hybrids.

All three powertrains offer low running costs for fleet customers with the Hybrid attracting the lowest company car tax thanks to its 13% benefit-in-kind banding. It also returns the best fuel consumption.

Getting the most from the hybrid is easier said than done. If drivers are unaware of how the vehicles must be driven to achieve the best balance of electric and petrol propulsion, then they are likely to fall short of the official 85.6mpg.

However, Toyota says the system is able to operate a 40/60 split in favour of petrol, proving clean and silent running in towns and when driving at speeds up to around 35mph.

The three-cylinder 1.0-litre unit is the most ‘raw’ and despite a leisurely 0-60mph time of 15 seconds, it feels surprisingly eager and has no problem cruising at motorway speeds.

The fastest Yaris is the new 1.5-litre model which develops 110PS. It reaches 60mph in 12 seconds but lacks the revvy charm of the smaller engine. It also sounds strained at higher revs but offers more low-down torque.

Headline stats for the new engine aren’t ground-breaking with combined economy reported as 58.9mpg and CO2 emissions of 109g/km but this unit has been developed to excel in the upcoming real-world emissions tests.

Our pick of the range would still be the Hybrid. Although its CVT gearbox makes hard acceleration a painful experience, the increased refinement and low emissions make it ideal for company car drivers who do a lot of city driving.

In any guise the Yaris is pretty uneventful to drive, but as a tool it functions well. Against rivals like the Suzuki Swift, Nissan Micra and upcoming Seat Ibiza the Yaris just doesn’t feel special. Its chassis lacks the agility of the Swift and the Micra has a far better interior.

However the Yaris is still the only car in the sector to offer a full-hybrid powertrain and comes with a five-year 100,000 mile warranty. It’s a car you choose with your head rather than your heart.