"So, despite only having a three-cylinder 1.0-litre engine, the Swift performs like it has a much larger powerplant" 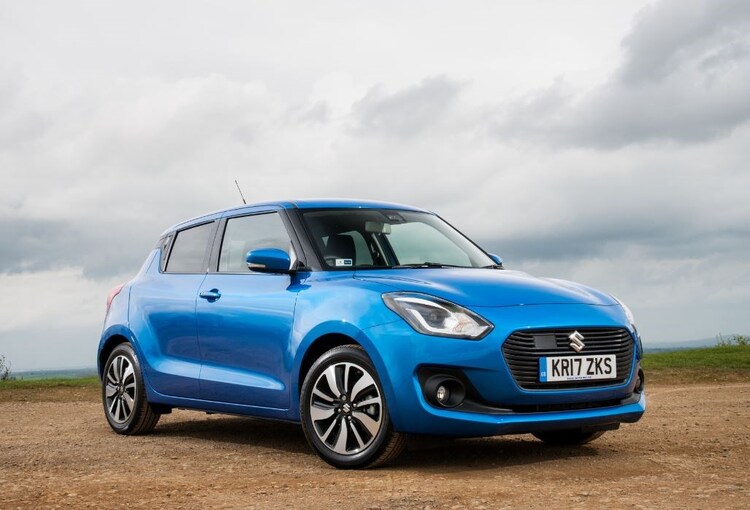 The low weight on the all-new Suzuki allows the Swift to score a welcome hat-trick.

Suzuki is one of the only manufacturers to offer a hybrid powertrain in the small car segment, giving it an immediate advantage as the market makes the shift towards electric.

What is particularly interesting about the Swift’s hybrid system is its simplicity.

As the world’s biggest carmakers are announcing plans to offer electrification across all models in the next few years, this is the type of technology many of them will be using.

It’s described as a mild-hybrid because it doesn’t – unlike many other hybrids currently on sale – have the ability to run solely on battery power.

Instead it uses an Integrated Starter Generator (ISG) which acts as both a generator and starter motor.

It assists the engine during vehicle take-off and acceleration, and also generates electricity through regenerative braking.

The idea is that a much smaller engine can be used, with the motor picking up some of the power deficit.

So, despite only having a three-cylinder 1.0-litre engine, the Swift performs like it has a much larger powerplant.

CO2 emissions are reduced too; hybrid models emit 97g/km instead of 104g/km.

Because of the price difference this doesn’t manifest itself in any company car tax savings, but it does come exclusively in the highest trim level.

It’s not short of safety tech either, with lane departure warning, forward collision warning and autonomous emergency brake as standard.

Previous Swift’s have been praised for their agility and this new model is no different.

The steering is direct and well-weighted which complements the suspension setup to give a fun, but confident, drive. 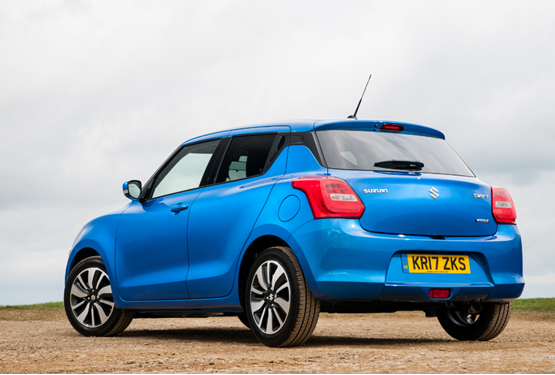 By keeping weight down Suzuki has scored a hat-trick: improved acceleration, improved efficiency and improved handling.

The whole car tips the scales at just 925kg. When you get behind the wheel, this makes a huge difference. It's nimble, it brakes sharply and despite a modest 111PS output, it accelerates strongly.

However there does have to be a sacrifice for all this technology, performance and efficiency and it’s in the overall fit and finish of the car.

The interior is filled with hard plastics, all the touchpoints are less tactile than in rivals, and you lose simple comforts like a centre armrest.

Our other gripe is with the infotainment system. It’s a touchscreen with DAB, Bluetooth, smartphone connectivity and sat-nav, but the graphics look like Ceefax pages and the touch response is slow.

The sound quality is also poor when you push the volume past halfway, a disappointment in a car clearly designed to appeal to a young market.

We couldn't match the claimed fuel economy figure of 65.7mpg during our week-long test, but with mixed driving the Swift still returned an impressive 55mpg.

On motorway trips it struggles to bring home the numbers, partly due to a lack of sixth gear. But around town – where the car is more at home – higher numbers are easily achieved as the electric motor does more of the work.