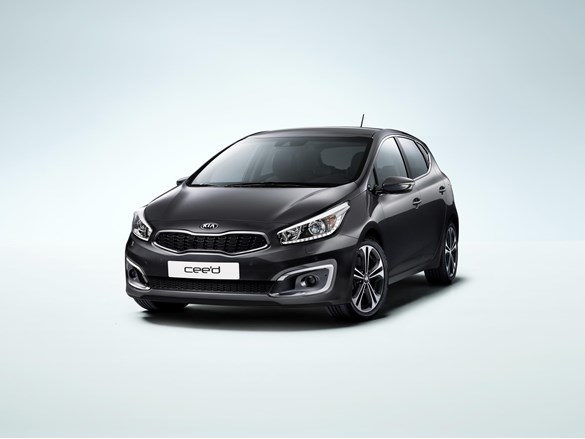 The Ceed marked a new chapter for Kia when it launched in 2006, as the first car to be built at the manufacturer’s first European factory.

It was also the first model to launch with Kia’s seven-year warranty and, with two models to follow (the Sportage and the Venga), it sets a template for the Korean manufacturer’s models aimed at European customers.

The second-generation Ceed, out in 2012, was a more complete package, with the stylish three-door Proceed adding a dash of dynamism to the range, alongside the standard five-door hatchback and practical SW estate.

These three models are undergoing changes for the 2016 model year, which might look subtle from the outside, but are nonetheless significant.

Kia says the C-sector, in which the Ceed competes, attracts some buyers downsizing from larger cars, who nowadays expect the more compact models to offer the comfort and technology they expect to find in the class above.

Kia has also paid attention to the appetite for sports-inspired equipment grades, particularly popular among premium-badge cars, such as BMW’s M Sport, Audi’s S  Line and Mercedes-Benz’s AMG Sport. The revised Ceed range will include a GT Line grade below the high-performance GT models and distinct from the existing 1, 2, 3 and 4 trim designations.

Kia has made a few changes to the Ceed’s chassis and steering to improve responsiveness and feel, and the difference is noticeable, if still a distance behind the most enjoyable cars to drive in this class.

The Ceed is now available with an optional ‘speed limit information function’, which uses a camera to identify speed limit signs and display them beside the speedometer and  on the navigation screen. Blindspot detection and rear cross traffic alert are also available as options, using sensors to monitor the side and rear of the Ceed for other vehicles  in the driver’s blind spots and give the driver a visual or audible alert.

There is also a parking assistance function available, where the car can be steered automatically into a parking space after detecting a place with sufficient room. No autonomous emergency braking, though. This is unlikely to appear on the Ceed until the next-generation model in 2018.

The new 1.0T will have limited appeal to most fleets, but is almost on a par with the 1.0-litre turbo-charged petrol engines available in the Ford Focus and Volkswagen Golf.

Our diesel, with the new seven-speed DCT automatic (technically a dual-clutch manual), is smooth and responsive. It also brings an enormous CO2 benefit compared with the outgoing six-speed torque converter automatic. Emissions for the 136hp diesel with this transmission and optional stop-start are rated at 109g/km, which is competitive with some of the best performers in the class.