Mazda6 facelift aims to pull petrol to the forefront

"The flagship Mazda6 would be a hard sell as a sporty saloon were it not for Mazda’s trademark dynamic flair." 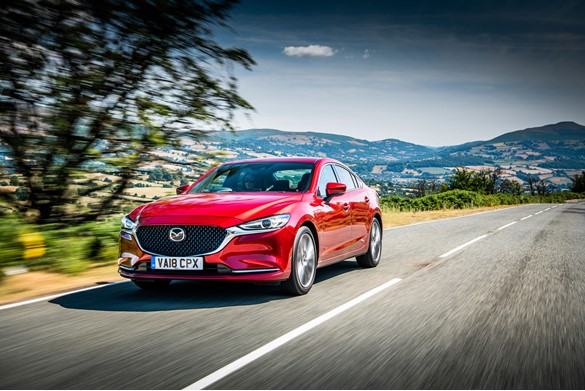 The Worldwide harmonised Light vehicle Test Procedure (WLTP) plus the shift away from diesel have prompted the introduction of a new engine to the new Mazda6 line-up.

The Japanese brand has handed a UK debut to a 2.5-litre Skyactiv-G petrol engine, which was previously the preserve of diesel-averse Chinese and US markets.

Cylinder deactivation switches between four- and two-cylinder operation while coasting and results in a 194PS engine claiming 8.1-second acceleration to 62mph and a 138mph top speed alongside 42.2mpg fuel economy and 153g/km CO2 emissions.

Mazda UK managing director Jeremy Thomson says: “We’re confident there’s a future for diesel, but it’s the shift towards petrol that has prompted us to offer this engine now.” 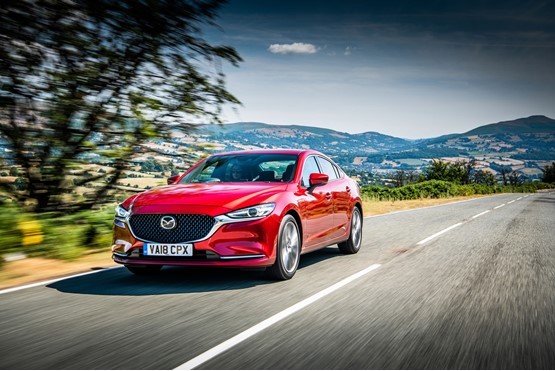 All but the entry-level 145PS two-litre petrol engine also feature Mazda’s i-stop start/stop system and i-Eloop, a system which claims to reduce fuel consumption by up to 10% by storing recovered electricity for the on-board electrical systems.

On the Fleet News drive, the new 2.5-litre engine offered reasonable performance backed by a rather flat, gruff exhaust note.

The flagship Mazda6 would be a hard sell as a sporty saloon were it not for Mazda’s trademark dynamic flair.

The six-speed automatic gearbox – standard with the 2.5-litre – is smooth shifting but Mazda’s slick six-speed manual should not be overlooked.

Most noticeable among the subtle Mazda6 styling changes is the introduction of optional, three-layer Soul Red Crystal Metallic paint.

The 6’s mesh grille is now positioned deeper within its surround, revised LED headlamps sit above a redesigned bumper and new 17-inch Gunmetal and 19-inch Bright alloy wheel designs have also been introduced. 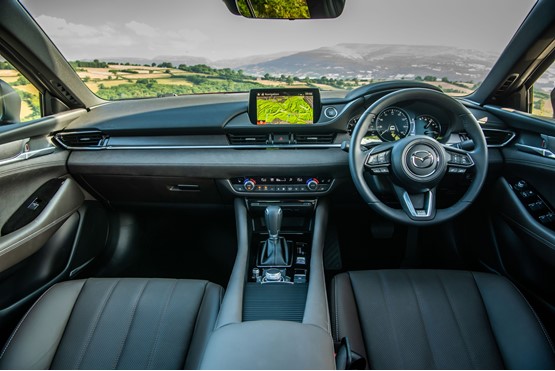 Around £900 separates the saloon and tourer, the former offering 480 litres of boot space and the latter 522 litres to 1,644 litres.

The new Mazda6 is battling against a market segment that suffered a 25% decline in 2017, but looks to be one of the best-equipped and well-designed options available.

Just how many diesel drivers will turn to that 2.5-litre unit remains to be seen.