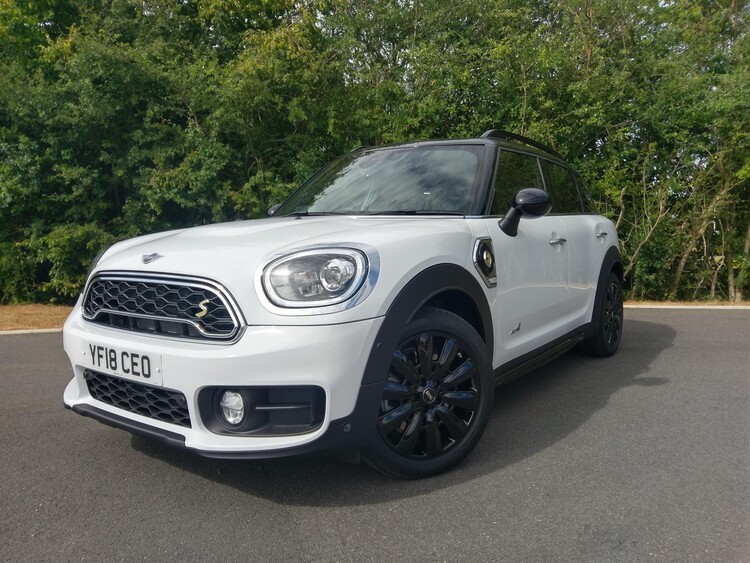 The week that our Countryman PHEV returned to Mini I had the chance to compare notes with a fleet manager who is running one as his company car.

While our car’s average fuel economy was 39.3mpg after six months and 5,700 miles, and never went above 42mpg, he has been averaging a more impressive 45.5mpg, and even reached 60mpg on one journey.

The secret? He has a telematics app which has made him modify how hard he presses the accelerator. He also drives his car in the most fuel efficient mode (‘green’), while I tended to keep ours in ‘mid’ as it’s more enjoyable and I made use of creature comforts such as air conditioning and heated seats.

We experienced similar electric ranges (18 miles for his car and 17 miles for ours in the summer, and 13 miles and 11 miles respectively during the winter). He also makes use of the car’s ‘Save’ battery function for journeys to London, switching to pure electric (called Max eDrive) when crawling in city centre traffic.

We both appreciated the Countryman’s styling and practicality (especially as he is a dog owner) but on the downside, would prefer a bigger fuel tank (it is only 36 litres, compared to 51 litres in the standard Countryman).

I wasn’t a fan of the optional head-up display as I found it intrusive. I also felt the connection for the charging cable on the front near side would have been better at the back so I could reverse park when charging.

But, overall, the Countryman PHEV impressed and, in the fleet manager’s case, he won’t be going back to a conventional diesel or petrol at the end of the lease.

I, meanwhile, have been driving our diesel Grandland X long-termer but I’ll soon be back to silent motoring when a Nissan Leaf arrives on our fleet later this month - and I'll clearly need to practise my eco driving.

Sometimes it’s the simple things about a car that you come to appreciate. We’ve praised Ford’s Quickclear heated windscreen in the past and while the Mini Countryman doesn’t boast the equivalent technology it does a pretty good job of demisting.

Another feature that has been appreciated in recent weeks is the Countryman’s puddle light (standard across the range), which projects the Mini logo onto the ground from the driver’s side door mirror.

I’m accustomed to it as it was fitted to our previous Mini long-termer, the Clubman, but when a friend spotted it for the first time she was suitably impressed.

Fuel economy is less impressive. We’ve done more than 5,000 miles since taking delivery of the Countryman at the end of July and while fuel economy was on the rise it has recently dropped to 39.7mpg (down from around 41mpg).

The car’s available electric range when fully charged has also dropped from 19 miles to 18 miles (down from 25 miles in the summer).

Even this is an ambitious figure. We took delivery of our car prior to the September 2018 WLTP (Worldwide harmonised Light vehicle Test Procedure) deadline and I note that Mini now quotes the official electric range as 9.3 miles to 12.4 miles in its marketing material.

How much of a ‘Mini’ is our Mini Countryman plug-in hybrid? When a colleague tested it for a week he wasn’t convinced that it lived up to its Mini status.

He owns a Mini Cooper so is a fan of the brand, but he thinks the Countryman is just too big to be classed as a Mini and that “it feels like they’ve stretched it out”.

Aesthetically, I, too, think the five-door hatch is better.

But, to be a contender in the fleet market, Mini has to offer bigger and more practical models.

While the five-door hatch accounts for 60% of fleet registrations, its sales have fallen, but the Clubman and Countryman are up, the latter by 30% year-to-date.

The Countryman also taps into the growing popularity of compact SUVs.

On the road, it still gives drivers the performance they would expect from a Mini (arguably more so in the PHEV guise with its instant torque) and the interior has the familiar dials, switches and lighting.

My colleague appreciated the car’s adaptive cruise control but felt that some of the other technology could be improved – the reversing camera doesn’t display any guidelines, for example, and the sat-nav screen is on the small side.

I would agree, particularly if you put ‘turn’ instructions on the sat-nav and are not using the head-up display.

But these are minor niggles, and, overall, we’re greatly enjoying our time with the Countryman.

Our Mini Countryman PHEV has been attracting attention over the past few weeks.

I’ve had people come up to me on four separate occasions to ask what I think of it.

Some had clocked that it’s a plug-in hybrid and wanted to know how it compares to a conventional petrol or diesel.

The answer to that is the fuel economy is still on the disappointing side (currently 41.1mpg) and it’s necessary to charge at the office in order to do my daily commute (11 miles each way) on pure electric.

Now we’re into autumn and colder weather, the car’s available range is typically 19 miles on a full charge (down from 25 miles in the summer).

However, the Countryman PHEV still retains Mini’s superb handling and is fun to drive, accelerating from 0-62mph in less than seven seconds.

Others wanted to know what the interior and boot space is like (one Mini Cooper driver even stopped me at the petrol station and asked to have a look inside).

Passengers benefit from 5cm more leg room than in the previous Countryman and the batteries are mounted under the rear seats meaning the Countryman PHEV has a decent 405-litre boot, which increases to 1,275 with the seats folded (compared to 450 litres and 1,390 litres in the standard Countryman).

However, thanks to the batteries, the fuel tank is on the small side (36 litres compared with 51), which means more trips to the petrol station – and, potentially, more questions!

Our Mini Countryman PHEV has a long list of optional extras – the spec sheet runs to two pages and totals an eye-watering £7,610 (including VAT).

Mini says the addition of the latter, which drivers of BMW models will be familiar with, has been welcomed by company car drivers as they know whether there are any issues en route.

However, as clever as the system may be, it couldn’t spare me from more than an hour delay on the M40 recently (frustratingly at the junction where I needed to turn off, with only 12 miles of my journey left).

Fortunately, the Countryman is a pleasant place to be when you’re stuck in a traffic jam with its supportive seats and characterful interior.

I’m also a fan of the chunky Mini Yours leather steering wheel (£125) and the new touchscreen (finally!) even if I do find myself sometimes reaching for the rotary controller out of habit.

A few things I would change though: the head-up display (£490) feels intrusive and the connection for the charging cable on the front near side would be better at the back so I could reverse park when charging – an important factor for some fleets who stipulate their drivers reverse into spaces for better visibility when setting off.

Demand has been outstripping supply for the Mini Countryman PHEV, the brand’s first plug-in hybrid vehicle.

We waited an extra month to take delivery of our long-termer and fleets or company car drivers who place orders this month can expect delivery in late January or February.

That’s longer than Mini’s typical lead time of two to three months but better than you might expect for a hybrid or pure electric vehicle.

Steve Roberts, Mini’s head of corporate and used cars, says the benefit-in-kind (BIK) savings versus conventional fuel vehicles and the versatility of the car have proved attractive to fleets, particularly SMEs and public sector organisations.

However, it’s worth noting that the Countryman PHEV’s new NEDC-correlated figure of 55g/km (56g/km for our test car as it’s fitted with 18-inch wheels as part of the Chili Pack) puts it in the 16% BIK band, up from 49g/km and 13% at launch under the old NEDC testing regime.

The Countryman is all-wheel drive (the three cylinder 1.5-litre turbocharged petrol engine drives the front wheels while the electric motor powers the rear) and has a combined output of 224PS, enabling it to achieve 0-62mph in 6.8 seconds.

On paper, it has an electric range of up to 25 miles although I’ve recorded 17 miles in electric-only mode (called Max eDrive). However, that isn’t the most efficient way to drive the Countryman.

It’s best in Auto eDrive, which enables the petrol engine to kick in when you reach 50mph.

Average fuel economy (petrol only) has nudged up from 38mpg when we first took delivery with just a few hundred miles on the clock to 41mpg after more than 1,000 miles.

Behind the wheel the Countryman is every inch a Mini, with assured handling and familiar features in the cabin such as the toggle switches, funky interior lighting and LED ring around the circular instrument panel.