"Low-emissions motoring has come a long way since Mini began getting real-world user feedback after placing dozens of experimental electric cars with key fleet users back in 2004 and its first production hybrid model is a sophisticated transport solution that will appeal to business and family drivers, depending on use." 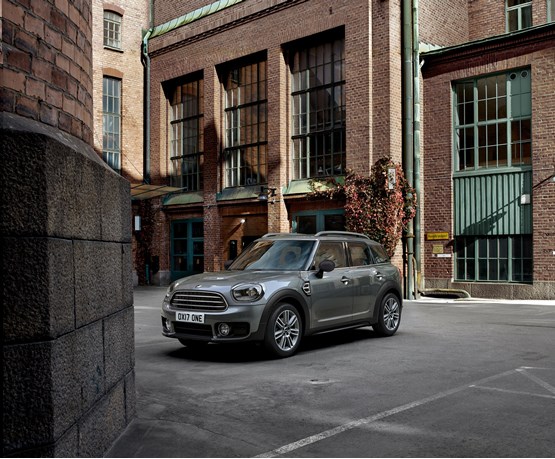 The latest version of the Mini Countryman may prompt corporate drivers to opt for hybrid over diesel thanks to a substantial reduction in benefit in kind tax.

Blending electric power with a petrol engine, the firm’s first PHEV model offers the potential of more than 130mpg and BIK savings of £100 per month for higher-rate taxpayers, claims Mini UK head of product Nicolas Griebner.

"Compared with the diesel-powered Mini, our new Cooper Countryman SE ALL4 represents a massive saving because the monthly 24% tax liability of £194.96 is slashed to just nine per cent. That works out at only £94.56, which is a significant incentive.

“Our research shows that more than 90% of all the journeys carried out by our customers are less than 75 miles, so we feel this car is the perfect alternative for the increasing number of drivers who are looking to move away from diesel-powered products," he said.

Speaking at the launch of the first production hybrid Mini, Grebner told Fleet News that sales of diesel versions currently account for less than 25% of volume compared with 40% three years ago and added:"We will continue to develop the heavy-oil engine because there is no doubt that it is best suited to longer distance driving. But we think the greater efficiency and improved torque offered by the latest hybrids will spark increasing demand and this car ofers a huge potential for savings for drivers who are prepared to reconsider how they use their cars."

Based on the technology launched in the BMW 2 Series Active Tourer, the Countryman boasts a three-cylinder, 1.5-litre turbocharged petrol engine driving the front wheels with an 88PS electric motor to power the rear wheels when the need arises.  With acceleration to 62MPH in under seven seconds, performance is brisk and is complemented by neat, neutral handling that allows the car to be exploited on winding country roads. Low wind and tyre noise levels underline the Mini's premium feel and mechanical noise is generally so well muted that it is difficult to tell which power unit is operating without checking the energy flow meter on the big central dashboard screen.

The car always gets under way in e-drive, the mode that selects the most efficient power source for the conditions, but electric-only operation can be selected, as can another mode that uses the engine to charge the lithium ion battery, which is never allowed to run flat in order to maintain the ability to provide all-round traction.

Mounting the battery under the rear seat allows the car to remain a practical load lugger with 405-litres of bootspace and a full charge from a standard domestic supply - claimed to be sufficient to power up to 26 miles of clean-air driving - takes 3hours 15 minutes.

Verdict: Low-emissions motoring has come a long way since Mini began getting real-world user feedback after placing dozens of experimental electric cars with key fleet users back in 2004 and its first production hybrid model is a sophisticated transport solution that will appeal to business and family drivers, depending on use.