"On the inside, there’s a digital revolution. All the switches are gone, replaced by a central touchscreen that looks after the infotainment, sat-nav, climate and other settings." 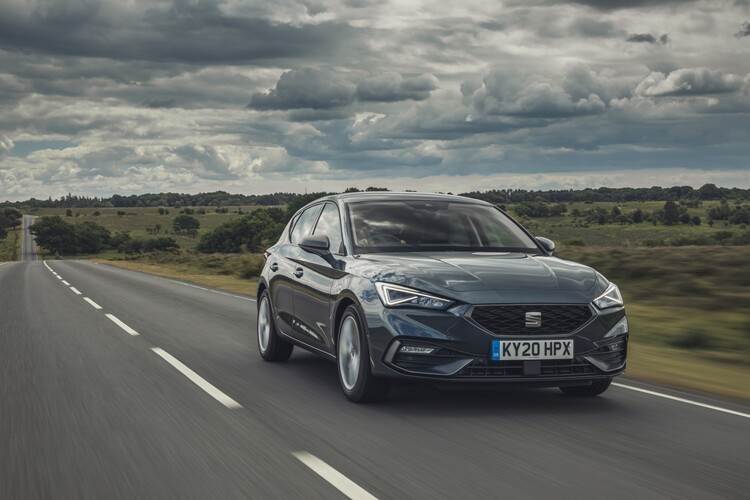 The Seat Leon has previously sat in the shadow of the VW Golf, borrowing the majority of its components, but lacking that feeling of completeness that the VW-badged model achieves so effortlessly.

However, with the latest Leon, it’s a different story. VW’s Spanish colleagues have the taken the latest MK8 Golf and made it quite a bit more interesting.

With the two cars sharing pretty much everything under-the-skin, the new Leon has all the same benefits that the Golf provides. It just does it in a prettier package.

Seat has also tuned the car’s chassis so the handling is more engaging than the Golf’s, so in fleet-friendly trims, at least, the Leon is a bit more fun to drive. 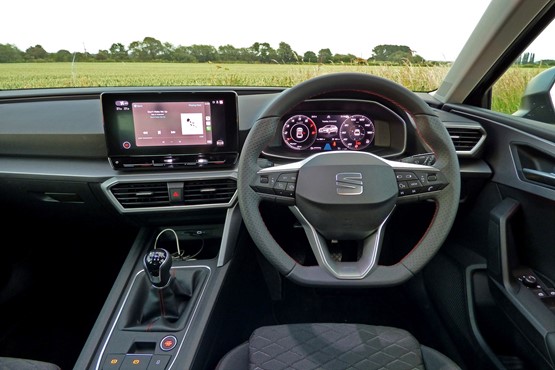 On the inside, there’s a digital revolution. All the switches are gone, replaced by a central touchscreen that looks after the infotainment, sat-nav, climate and other settings.

It also features an internet connection, with live traffic, internet radio and software updates available through the system

All but the base models get a digital instrument cluster too, which – like in many VW Group cars – is fully customisable and offers crisp graphics.

The engine line-up includes a 110PS three-cylinder petrol, 115PS 2.0-litre diesel and three 1.5-litre petrols that are expected to make up the bulk of sales.

The 1.5 petrol is available with 130PS or 150PS, both with a manual transmission. There’s also a 48v mild-hybrid with 150PS that comes with a direct-shift gearbox.

While the diesel is the most efficient, emitting from 111g/km, the four-cylinder 1.5 TSI emits pretty much exactly the same as the lower powered 1.0 unit (from 123g/km) making the company car tax more favourable on petrol models.

We’d expect the TDI to achieve 60mpg easily on a long run, but the 1.5 is surprisingly efficient too, managing more than 50mpg in our tests.

There's also a plug-in hybrid 'eHybrid' model, which adds an extra layer of refinement and efficiency due its electrified powertrain. In FR trim, it can travel 36 miles in electric-only mode. Its official combined fuel economy is 235.4mpg and it emits 27g/km of CO2.

Power delivery is smooth with ample acceleration when solely using the battery, while the switch to or intervention of its 1.4-litre TSI petrol engine, when required, is slick.

Its efficiency figures mean it sits in the 11% benefit-in-kind bracket this year, attracting monthly tax bills of £60 per month for a 20% payer, making it an attractive prospect for drivers.

One negative is the car has only a 3.6kW on-board charger, so it takes around three-and-a-half hours to charge the 13kWh battery.

But, even taking that into account, the Leon e-Hybrid’s abilities and tax-friendly nature makes it a very likeable and impressive all-rounder. 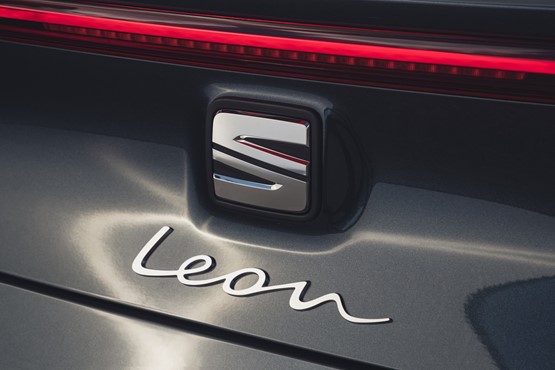 Cupra versions will also follow offering better performance and handling, along with a second plug-in hybrid engine, with 245PS, that is set to attract user-choosers.

SE Dynamic and FR offer the best array of kit for fleets, with a larger 10-inch touchscreen, parking sensors and sat-nav. The latter gains some sportier touches, including firmer suspension and LED headlights.

The eHybrid costs £10,000 more, with FR trim the entry-level. It's more affordable for drivers though, with BIK from £60 per month.

We were impressed by the Leon’s on-road behaviour. It’s relaxed and easy to drive, but has a sporty edge when required. There’s very little to distinguish the Leon from a Ford Focus when driving, which is an impressive feat.

Like the Golf and the Focus, the Leon is available with two rear axle setups. Higher powered cars (above 150PS) get independent rear suspension, while the rest of the range gets a more basic torsion beam set-up.

If we focus our comparison on the 130PS model, it is not going to be a night-and-day difference for the average driver. On rougher roads, however, the ride is less compliant.

Seat has made strides in the fleet sector with consistent growth in recent years.

The Leon is the brand’s best-selling model, with around three-quarters going to fleets. With competitive running costs, impressive efficiency and a model range to suit most requirements, the new Leon should only bolster that performance.