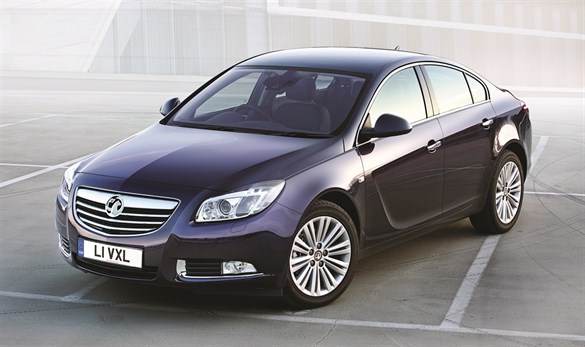 Vauxhall has decided to leave a full on cosmetic facelift until next year, but has taken the chance to update the fleet saloon favourite with new engine choices, telematics and safety features.

The Insignia has sold well since its launch January 2009 with 36,000 units sold in its first full year and 103,745 year-to-date. Vauxhall is expecting the volume push to continue in 2011 having already hit 29,987 sales as of July. Company car drivers will make up 80% sales.

Simon Prior, Vauxhall’s product manager for Insignia, told Fleet News the brand was still seeing a lot of trading down, with customers moving from BMW and Audi to something more affordable that still has premium features.

Options like satellite navigation are specified on 29.76% of all Insignias and Vauxhall has upgraded its system to an SD card version.

New sat nav features include the ability for drivers to separate records of private and business mileage, as well as the ability to select the most economical route including estimated fuel cost.

New safety features include a front camera with lane-departure assist and a collision alert warning system.

Running costs have also been reduced with the introduction of new engines, including a peppy 138bhp 1.4 Turbo petrol, which replaces the 1.8.

As an entry level petrol the 1.4 Turbo is decent offering up enough grunt to pull the weighty Insignia comfortably cruising speed. The rack assisted electronic power steering feels lighter than the previous model, but it’s not drastically different. Handling is still accurate and direct.

There’s also a new 2.-0-litre diesel in 128bhp and 158bhp power guises which both carry stop start technology and an Ecoflex badge.

Emissions have been reduced from 129g/km to 115g/km (158bhp) and 116g (128bhp). The more powerful engine has better emissions by a gram due to different gearing ratios, according to Vauxhall. Emissions drop from 134g/km to 119g/km on the 128bhp Sports Tourer Ecoflex. This cut in emissions means Insignia diesel EcoFlex customers pay zero-VED in the first year, and then £30 per year from year two onwards (down from £95).

BIK for the hatch and saloon Ecoflex goes down from 18 to 13% and from 19 to 13% for the Sports Tourer ecoFLEX.