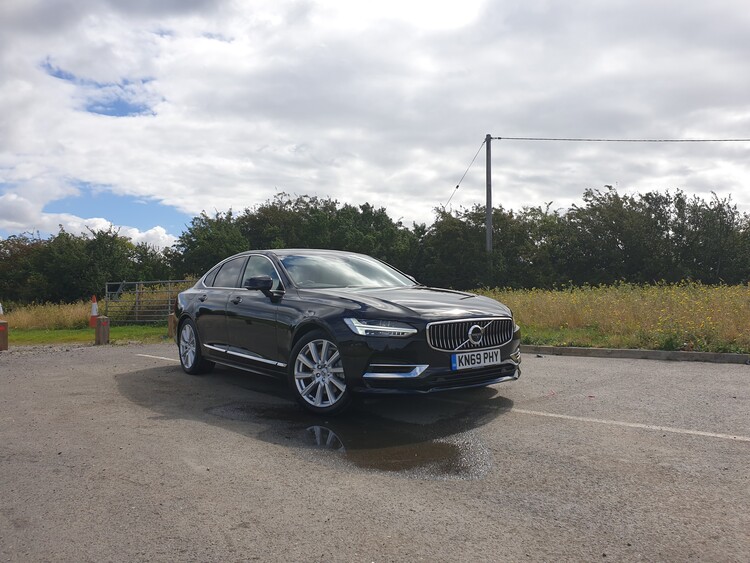 Our time with the Volvo S90 feels like it’s over before it really began. We were lucky to squeeze in a few lengthy trips to stretch its legs in the past three months, but a lack of face-to-face events means I’ve not spent as much time behind the wheel as I’d have liked.

We’ve still learned plenty about the car, however. Since my last report, fuel consumption has improved and now sits at 48mpg as an overall average – that’s an improvement on the 42mpg we achieved in the last-generation car we tested back in 2018.

Analysis of my driving via the Volvo app shows a third of the total miles covered were done on electric. 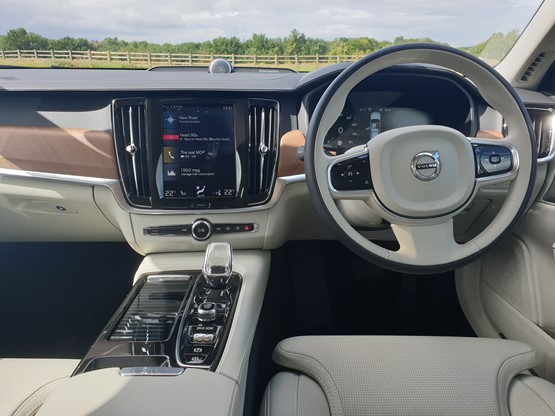 It’s easy to bimble around on the battery and, despite the Volvo’s electric motor and engine not being mechanically linked (the motor drives the rear wheels), the transition to petrol is smooth.

My only gripe with the car – and it really is the only thing I’ve not liked – is the charging speed. Connected to the three-pin plug in my garage, the S90 takes around five hours to recharge. If I plug in to a ‘proper’ charge point, it will only charge at 3.7kW, meaning it still takes more than three hours.

New Land Rover PHEV models can charge in just 30 minutes, which means if you pop to the shops or stop at a services you can boost the battery much quicker and burn less petrol.

I’ve avoided public charge points for this reason. It’s not worth the cost or time, let alone blocking the point for someone else.

You can, of course, charge on the move, but fuel economy drops rapidly. I’ve found it better to use the ‘Hold’ function when driving on faster roads to save the charge for urban areas.

While the S90 T8 isn’t the cheapest in its class, once you consider its performance, specification and size, it is a magnificent choice.

Car interiors have become a lot better in the past few years, but no one quite manages it like Volvo. The tidy layout, premium materials and comfortable seats make it the ideal chariot for long journeys.

I love covering miles in the S90; it’s so refined and quiet on the move, the seat massages you while delivering cool air through the leather’s perforations and the Pilot Assist eases the amount of actual driving required.

Not many big saloons do this as well. They tend to favour sportier handling, have harder seats and lower profile tyres that spoil the tranquillity.

It does mean the S90 lumbers around a bit more in the corners than a 5 Series would, but it doesn’t really matter because it’s just so effortlessly enjoyable in other ways.

With the ridiculously good Bowers&Wilkins audio system streaming my favourite tunes through the integrated Spotify app in the S90’s Sensus infotainment system – perfectly reproducing each note through its array of aluminium-covered speakers – you really can escape into your own cocoon. 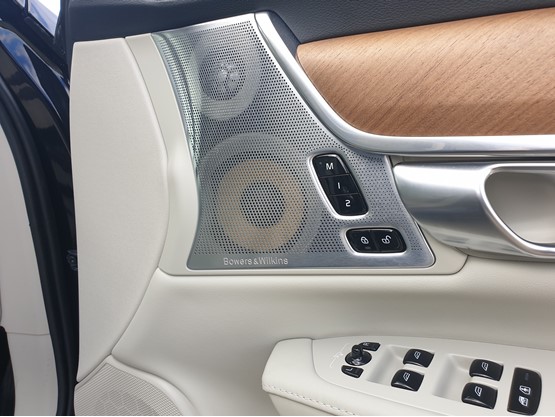 What really matters with this T8 plug-in hybrid, though, is how efficient it is. After 1,000 miles the numbers are telling me I’ve averaged 43.4mpg. That’s not quite the 165mpg that Volvo say it will do, but for a 390PS all-wheel drive land yacht, I’m impressed. Realistically, I’m lucky to achieve more than 40mpg from a diesel saloon – so to have all this extra power on tap for no additional fuel spend is a no-brainer.

Of course, I’ve been getting lots of ‘free’ trips in the S90 too. That is because, while it costs around £1.50 to charge the S90’s battery - in return for about 25 miles of driving, Volvo is reimbursing plug-in hybrid drivers for any electric miles they cover in the first year (for orders placed up to September 30, 2020).

In an unexpected change to the scheduled programme, we’ve taken delivery of a Volvo S90 T8 to see us through the next three months.

We were expecting to receive an S60 but, due to the coronavirus pandemic, its arrival has been delayed until October.

No trouble. The S90 is a firm favourite of Fleet News having previously featured on our long-term test fleet. This latest version has been updated with a new battery and revisions to the powertrain.

Volvo has axed all but plug-in hybrid T8 versions of the S90, now known as ‘Recharge’, from the range, as part of its strategy to make half of its global sales hybrid by 2025. 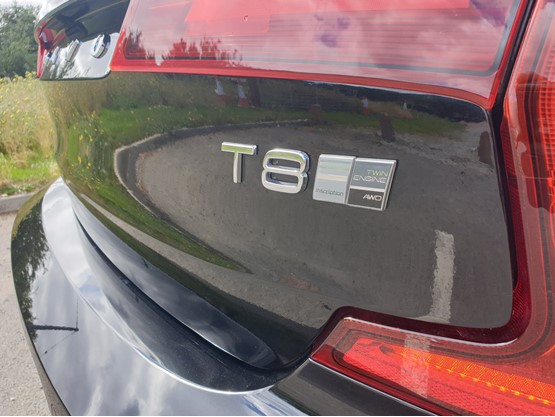 We’ve opted to test the luxurious Inscription trim, rather than the sporty R Design this time around.

Powering the S90 is a 2.0-litre petrol engine that is both supercharged and turbocharged, delivering 303PS to the front wheels. An electric motor powers the rear axle, adding an extra 87PS.

The hybrid battery, mounted in the centre of the car, can provide up to 31 miles of zero-emission running thanks to its 11.6kWh capacity.

Finished in Onyx Black, with a contrasting ‘Blonde’ leather interior and wood trim, the S90 is the epitome of Scandinavian luxury. It’s cleanly styled, there’s no hint of aggression or ‘sportiness’ in its design. But, with that hybrid powertrain supplying almost 400PS and all-wheel drive, the phrase “wolf in sheep’s clothing” springs to mind.