'We want to provide an end-to-end proposition,' says VW head of fleet 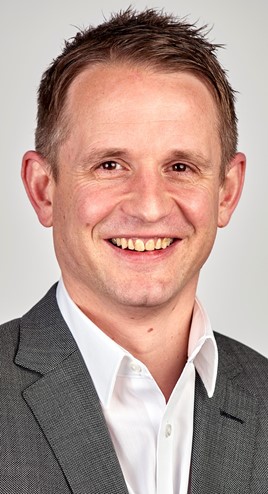 The Covid crisis has coincided with an unprecedented hive of activity at the helm of the UK’s fleet manufacturers, with the appointment of five new fleet directors in little more than a year.

FCA promoted Iain Montgomery at the start of 2020, a month after Craig Cavanagh filled the vacant head of fleet position at Seat. And already this year, Rob Morris has taken the fleet reins at Volvo while Scott Westerby has become head of fleet at PSA.

O’Neill, appointed a year ago this month, points to the April 2020 benefit-in-kind (BIK) changes as the catalyst for a dramatic rise in demand for electric product. Full battery electric (BEV) and plug-in hybrid (PHEV) accounted for almost 11% of all car registrations last year, according to Society of Motor Manufacturers and Traders (SMMT) figures, up from just 3% a year earlier.

Reduced mileages due to coronavirus lockdowns have increased the appeal of electric vehicles for more company car drivers, and while some businesses have paused vehicle replacements, it is clear the market “has shifted significantly”, O’Neill tells Fleet News in his first major interview.

The importance of ID

He adds: “There are mega trends on global CO2 and climate change so there is a natural transition and we see electric vehicles (EVs) and plug-ins continuing to grow. For us, last year was transitional; this year we have the confidence that comes with the new product family.”

He’s referring to the ID3 BEV, available with two battery options with a third to follow, and forthcoming ID4, with two power choices – both important “cars for the masses” – but also the forthcoming Golf GTE, Tiguan PHEV, Touareg PHEV and Arteon PHEV.

A third, unspecified, ID model (likely to be the ID5 coupe) is slated for the end of the year, although fleet volumes will be low.

“These cars give us real confidence that we have a huge opportunity in the EV space,” O’Neill says.

“There is a lot of demand from larger corporates although it is still a transition for some smaller companies – there’s some nervousness about fuel benefits and the workplace charging infrastructure. Some companies ask us to survey their drivers to establish the level of demand.”

As BEV ranges extend beyond 200 miles towards 300-plus, dependent on the battery size, Volkswagen is confident it has the options to meet the vast majority of day-to-day needs, particularly for drivers with home chargers.

“We are in the realms of cars that could drive for three or four days without being charged,” O’Neill adds. 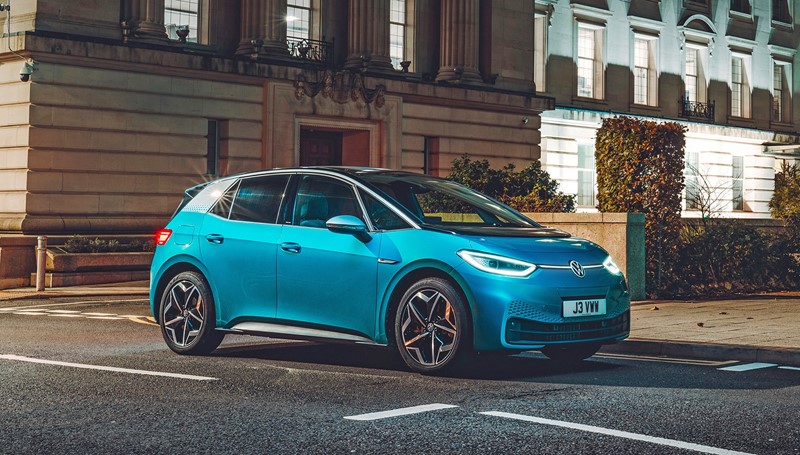 The electric product is particularly key if Volkswagen is going to retain its long-held number one position in true fleet – best described as a ‘claimed’ title because accurate figures are hard to collaborate, while some manufacturers have idiosyncratic ways of measuring true fleet.

Official SMMT data, which segments contract hire/leasing and fleet other, comes closest, and supports O’Neill’s assertion. It reveals that Volkswagen nudged 54,000 registrations in 2020, giving it a sizeable lead over the next best, Mercedes-Benz on 47,663.

“We have been number one in true fleet for a number of years for a reason – this is a well-run business,” O’Neill says when questioned about his plans for the fleet operation. “So, it’s not about revolutionising the way we do business.”

Nevertheless, there will be tinkering “under the bonnet”, including lines of accountability for sales channels and cross-function collaboration. There is also a need to manage model supplies and clearly identify the fleet volumes to ensure Volkswagen meets the anticipated demand for BEV and PHEV.

O’Neill is refining the customer relationship management process with a new business development manager and by integrating the sales and customer management teams.

“We have become over-reliant on the quality of our product at times,” he says. “We could be quicker and easier to deal with in terms of the information we provide and our engagement with the customer. We want to be renowned not just for our products, but as a responsive partner that understands customers’ needs.”

The first step sees the UK launch this year of We Connect Fleet for cars, an app-based mini-management system already available in some European countries (and vans in the UK) that enables fleets to register multiple vehicles and access information such as location, mileage and fuel levels.

Phase two, later in the year, will include predictive maintenance and, ultimately, automated service booking at the dealer.

Volkswagen is also trialling an API link to allow larger fleets to feed the data into their own systems.

“Long-term, we want to provide a full end-to-end fleet management proposition, not just the car.”

With a career that started at Volkswagen Financial Services in 2002 before transferring to Volkswagen Group’s parts operation in 2013 and then Škoda, working across both the used cars and sales operations teams, O’Neill’s experiences have given him a deep understanding about the inner workings of the fleet sector, particularly the funding and captive business.

They form a major part of his 2021 fleet priorities, which also include growth with corporate end users, although the quickest sales recoveries have come from Motability, which has remained strong throughout the pandemic, and rental, where volumes are tightly controlled via relationships with a select group of companies, including Sixt and Europcar.

Strategic planning on the numbers is based on 2019 figures – when Volkswagen registered 51,000 as contract hire and 24,000 as fleet other – as a proxy for last year’s market depression.

O’Neill is bullish about captive business via the retail network and the potential from leasing companies, while the corporate target is “to write similar, if not slightly more” than two years ago. The model mix, though, will “transition significantly from ICE (internal combustion engine) to alternative fuels”.

Half of corporate volumes will be electric and plug-in hybrid, although that impressive proportion has the potential to be even higher if it wasn’t for – admittedly high – limits on supply.

“We would still take more if we could,” he says.

Volkswagen has, at least, ensured the balance of supply is much more evenly shared between retail and fleet channels after facing criticism from fleets ahead of last year’s ID3 launch. Most of the limited volume was swiftly swallowed up by the retail channel after order books opened for customers to place deposits. This process precludes many corporates.

“There is a deliberate move to ensure we allocate more BEV and PHEV product into fleet because of the BIK,” O’Neill explains. “We may still disappoint some companies, but I have significant volume available – it’s not all going to retail.

“And we have invested heavily in our plants so we can significantly ramp up production this year, especially for ID3.”

Despite some gloomy forecasts about the company car market, O’Neill is upbeat. His is a five-year view.

“Our forecast for overall fleet and corporate demand is for year-on-year incremental growth for the next couple of years and then a plateau,” he says.

“Over the longer term, Government tax incentives will have a bearing. There will be a tipping point when customers in big conurbations no longer want a car. At that point, we will see a proliferation of vehicles on micro-lease – but that’s not for another five-to-10 years.”

Volkswagen is keen to expand into mobility services

Volkswagen is keen to develop mobility services in conjunction with Volkswagen Financial Services.

Within the product roadmap are subscription services and micro-lease products, and Volkswagen has already “dipped a toe in the water” with several propositions, according to Nick O’Neill. He says that some work, some don’t.

“However, based on what we have learnt, we believe there is a market for subscriptions,” he says. “We also trialled We Deliver with Hermes, where online orders could be delivered to your car – a one-off code opens the boot. It’s a fantastic proposition and works well, but it’s on hold.”

Volkswagen UK has appointed Nick O’Neill as its new head of fleet, replacing Michael O’Shea who moved roles in late 2019.

The first of a new stable of electric cars from Volkswagen Group impresses with cool looks, funky interior and competitive pricing.