Mini: ‘We don’t want this to be a boring car’

Ten years after initial trials, the first pure electric Mini is due for launch. Inside and outside the company, excitement is building.

How many times have you heard the phrase ‘eagerly awaited’ in relation to a new car? It’s marketing speak that we try to avoid at Fleet News but in the case of Mini’s first pure electric vehicle, which will launch next year, it’s apt.

The launch coincides with the brand’s 60th birthday and marks 10 years since fleet operators and their drivers took part in trials of an electric prototype, the Mini E, which paved the way for BMW’s electric models.

We don’t yet know the all-electric Mini’s range, its price or the charging proposition but the mere fact it’s coming has been enough to attract new fleet operators to the brand. 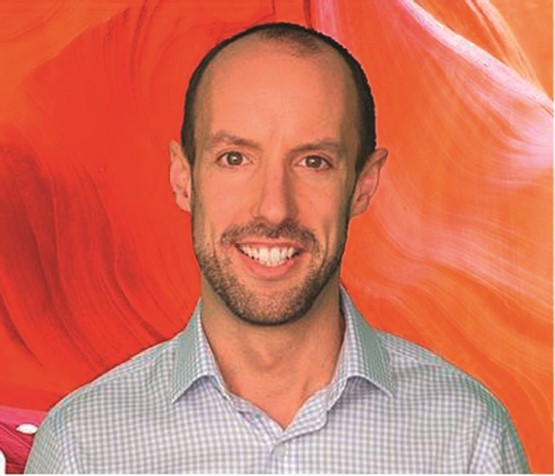 Steve Roberts (above), Mini’s head of corporate and used cars, says: “It’s probably the most excited I’ve been about a car because it gives us such a great opportunity.

"We’re in serious discussions with a number of fleets who have approached us since we made the initial press announcement. Because the car is going to be built in the UK, they want to secure some early production slots.

“It’s great we’ve got people coming to us and showing that interest.”

He adds: “There are a couple of customers we have signed up recently who are now Mini fleet customers in anticipation (of the all-electric Mini).”

The design of the car has been signed off and while we haven’t seen any official images yet (aside from the grille and wheel) it’s believed to be very similar to the concept car shown at the Goodwood Festival of Speed in July.

Fleet operators will get a chance to see the concept car ‘in the flesh’ at Fleet Live at Birmingham’s NEC this month.

The electric Mini will give fleet operators the “green credentials” they’re looking for without any sacrifice in looks or performance, according to Roberts.

“We want it to be an emotive car, we want people to get out and have a smile on their face after driving that car with the typical go-kart dynamics,” he says.

“We’ve always been quite clear that we don’t want this to be a boring car. Anyone could bring an electric car to market but it’s got to drive right, it’s got to fit right with the brand, and I’m quite confident this will.”

He suggests that goes some way to explaining why it has taken Mini so long to announce its first pure EV.

Mini has also benefited from developments in technology by waiting until now. 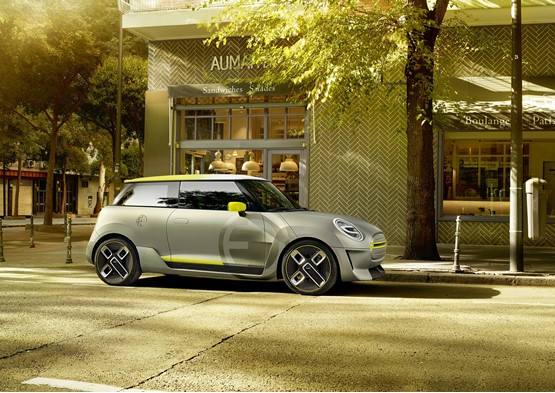 During the Mini E trials, company car drivers said the range was the main drawback (it had an official figure of 100 miles, but this could drop to 60 with the heaters on).

Things have moved on significantly and Roberts says “range will be something that customers don’t need to be nervous about”.

“It’s going to have sufficient range, you’ll be able to live with the car on a daily basis so that’s why I’m so excited about it,” he says.

He won’t reveal sales expectations but the BMW Group has stated that by 2025, electrified vehicles will account for between 15% and 25% of registrations.

Mini’s first plug-in hybrid, the Countryman PHEV, which launched in 2017 has seen “huge demand”, according to Roberts, with around 90% of sales going to fleets.

“We’ve sold 1,500 in the year to date, which is as many as we did for the whole of last year and the order bank is very strong on that car,” he says.

Customers are attracted by the benefit-in-kind savings (despite a rise from 49g/km when the car was first launched under NEDC to an NEDC-correlated figure of 55g/km), plus the fact it’s a “very versatile vehicle”.

Roberts acknowledges that “demand is definitely outstripping supply at the moment”, with a lead time of around four to five months compared with Mini’s typical two to three months.

“We did talk quite early to some of our larger fleets who we knew would have a big appetite for the PHEV and were able to secure production,” he says.

Although lead times have increased on the PHEV, Roberts says there are no availability issues with Mini’s other models as the BMW Group was one of the first manufacturers to do WLTP testing (all Mini vehicles sold in the UK as of July were compliant, ahead of the September deadline). On average, CO2 emissions for the Mini range have risen by 5g/km (NEDC correlated figures). 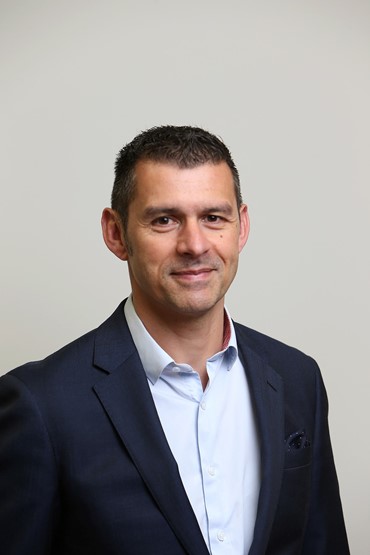 David George (above), director of Mini UK, who joined the brand in January, says: “Our large corporate customers have commended us that we went early, although they have been unable to compare with other manufacturers, which has meant it has been a difficult six months.”

“It is available for retail but it was predominantly designed for fleets,” George says. “That is something we haven’t done in the past. We used to specify cars for retail and hope they fly in the fleet space.”

The idea, says George, is to “offer a spec where fleets can take it off the shelf”.

It’s part of a drive to make it easier to understand the Mini range.

“The last thing we want to do is put barriers up for a business customer choosing a car on a choice list,” George says.

“Leasing companies have a vast array of good product, but if one is difficult to understand then you aren’t going to get the cut-through.

“We’ve been working on that with the leasing companies over the past 18 months, and we have reduced the number of Cap codes from 900 to 400 across the entire Mini range. We are hoping to reduce that further.”

George believes it is important to maintain a diesel offering with the Clubman, although on hatch models it’s a different story.

“On the hatch models we are now talking handfuls of diesels, to the point where it is likely we may not offer a diesel on the hatch any more, because demand is so low,” he says. 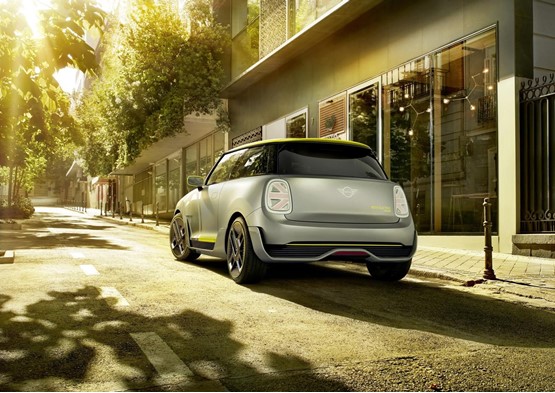 Roberts adds that Mini has “always been quite a petrol-heavy brand” but among corporate customers the fuel split was typically 50/50. Now it’s 90/10 in favour of petrol.

“I think some people have switched off even when it makes sense,” he says.

“All we can do is advise the fleets and their drivers as best we can to make sure they are making an informed decision. We’ll always be honest where we think a diesel would make more sense based on their driving profile.”

This year Mini has “fared slightly better than the market” and while Roberts believes the remainder of 2018 will “continue to be rocky” for the fleet sector, with much dependent on the Budget, he is optimistic that Mini’s true fleet sales will be about 9,000 units this year. That’s owing to the “growing acceptance of Mini by fleets”.

Roberts was appointed two years ago to the newly created role of head of corporate and used cars as “there was a desire from the management to create more focus for Mini corporate and to have a voice in the corporate market for Mini”.

Since then the corporate team has expanded to three (including Roberts), who work alongside the BMW group sales team.

Roberts and his team deal with Mini-only customers (currently 10% of Mini’s fleet customers are solus) and work with the dealer network to help ensure a corporate customer gets a good experience when they walk into a Mini showroom.

To do that, Mini has an aftersales corporate charter (10 promises it makes to fleet customers, covering areas such as vehicle downtime and demonstrators), which the team monitors, and hundreds of its sales force across its network of 139 dealers have been through corporate specific training.

It also offers 48-hour test drives to fleet and retail customers and has seen fleet take-up of that grow by 25% this year.

Specific demonstrators are available for leasing companies too, and a member of Roberts’ team predominantly focuses on working with these businesses, ensuring there are separate conversations about Mini (rather than both Mini and BMW) and helping them to structure deals.

However, Mini can also take advantage of being part of the BMW Group, particularly when it comes to technology such as RTTI and Teleservices (telematics). The latter, with the customer’s permission, enables leasing companies or fleet managers to be alerted when a vehicle service is due.

About half of the leasing companies Mini works with take up its TLC Service Pack (which covers a vehicle for up to 80,000 miles/four years).

Roberts acknowledges adding the service pack to a finance agreement is an attractive proposition for cash allowance drivers and it’s important when they opt out of company cars “we’ve got the offers there for them”.

But he doesn’t forecast the death of the company car.

“It’s such a large part of the car market I’d just be amazed,” he says.

“I can’t see it, it’s too established. If you look at the revenue it generates, it’s so big. But, as always with company cars, it comes down to legislation and what the Government decides so, along with everyone else, we’re just keeping an eye on that.”

Branding cars – but not in the usual way 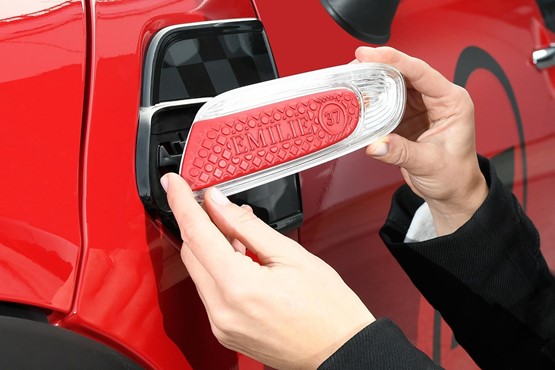 Fleet operators can brand their cars in a non-traditional way using the Mini Yours range. It allows fleets to customise side scuttles, dashboard inlays and puddle lights.

“We are in discussion with a number of fleets who want to use them for specific purposes,” Steve Roberts says.

“It’s a great way for them to be able to brand their cars in a non-traditional way rather than having livery all over the side of the car because we know a lot of drivers don’t particularly like that.”

The components are fully interchangeable and can be removed and replaced with standard components at defleet.

Mini’s first plug-in hybrid's "stretched out" design raises the question, 'is it really a Mini?'

The Mini Electric Concept will take centre stage at BMW’s Fleet Live stand this year, making its second public appearance in the UK.

Mini is hoping to satisfy both the head and the heart in the core-fleet market with the launch of the Clubman City.