Glasgow’s initial focus will be on buses but all vehicles will be included by the end of 2022. By Sarah Tooze

Glasgow will be the first Scottish city to introduce a low emission zone (LEZ) and the city council believes it has struck the right balance between ambition and pragmatism with its phased approach.

The LEZ, which will be introduced in parts of the city at the end of this year, will initially apply to buses before being extended to all vehicle types by the end of 2022. The standard has been set as the highest possible for diesel vehicles (Euro 6/VI) and Euro 4 for petrol.

Non-compliant vehicles will be excluded from entering the zone and will be issued with fixed penalty notices if they do so (the amount of the fine is to be determined by Scottish Ministers). There will be no option to pay a fee.

Glasgow is one of four cities (the others being Aberdeen, Dundee and Edinburgh) required by the Scottish Government to implement a LEZ by 2020.

However, to date, Glasgow is the only one to have had its plans approved by its local committee.

These timescales are subject to the traffic commissioner for Scotland agreeing to impose a traffic regulation condition.

The council is tackling buses first as they were identified as the main source of pollution in its data collection and air quality modelling work.

However, this alone will not address the unsatisfactory levels of nitrogen dioxide (NO2) in the city centre so the council believes it is necessary to incorporate all vehicles types (including cars) by the end of 2022.

Councillor Anna Richardson, city convener for sustainability and carbon reduction, said the main driver for the measures was citizens’ health, pointing out that around 200 deaths in the city per year are attributable to exposure to air pollution.

“We need to keep making policy changes to bring that number down,” she said.

Vincent McInally, team leader Sustainable Glasgow at the council, added that levels of pollution were dropping in the city thanks to a range of actions introduced over a number of years, including a cycle hire scheme (500 bikes available at 50 stations, with plans to increase this to 1,000 bikes at 100 stations), car clubs and an Eco Stars fleet management programme to share carbon reduction best practice among fleets (87 companies with more than 5,500 vehicles have signed up in Glasgow). However, the downward trend was “not steep enough”, McInally said.

“We do still have issues with pockets within the city centre where air quality is unsatisfactory,” he said. 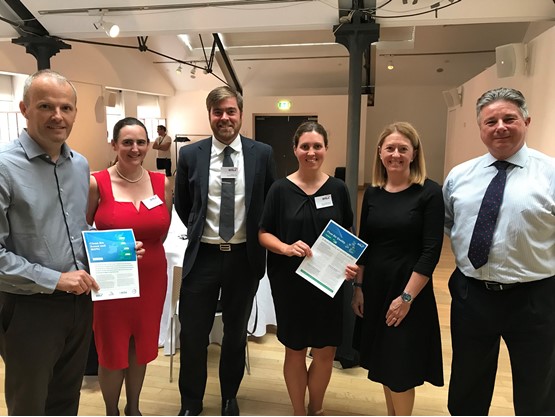 This is caused by the relatively narrow streets and high rise buildings in the city centre causing a canyon-type effect which stops the pollutants being dispersed and by an increase in the number of ageing vehicles which have higher NOx emissions.

Glasgow’s LEZ has been criticised by air quality campaigners, who have nicknamed it a ‘no ambition zone’ but Richardson said the council had “held firm for 2022”.

“We believe that 2022 is the right target date. It gives businesses and residents time to adapt.”

She acknowledged that the council would need to work with stakeholders and businesses ahead of 2022 to understand the impact the LEZ would have on them.

There will be an economic appraisal and a formal consultation (timescales to be advised). Richardson said: “We’ll continue to ensure that businesses have time to prepare.”

A Cleaner Air for Scotland (CAFS) group, set up in 2015 following the publication of the Scottish Government’s strategy, also meets regularly.

Toby Poston, director of communications and external relations at the BVRLA, outlined the fleet industry’s blueprint for approaching clean air zones (CAZs)/low emission zones, which includes a consistent framework and communicating it well; a managed transition – giving people time to change their vehicles and upgrade their fleets; changing behaviour; and support for electric vehicles.

“I have to say ‘hats off’ to what is happening in Scotland,” Poston said. “Whether it’s the transition period, whether it’s support for electric vehicles, car clubs and behaviour change, frankly I think you are leading the way and showing how it should be done.”

Fleet operators who attended the roundtable were keen to understand whether exemptions would apply to Glasgow’s LEZ (for example, for the emergency services) and whether there would be sunset clauses.

The council said that both would be determined at a national level and that emergency services were a “key consideration”.

Night time use will also be looked at.

McInally said: “We need to do detailed modelling. People will take different routes when LEZ is in. Lots of people work shifts and can’t use public transport . Taxis need to be able to get in and get out.”

The exact costs of enforcing the LEZ are still being calculated. The council is looking at a number of different camera technologies and deciding whether they should be fixed or portable.

The LEZ covers largely the same area as the existing city centre air quality management area but will change slightly for phase two (all vehicles).

“We need to factor in escape routes for vehicles that may turn off the motorway and come into the city centre before they realise it’s a low emission zone so they need to be able to turn round and get out again,” McInally said.

Similarly, there may be routes that traffic coming from the east and west of the city may be able to take to avoid the city centre.

“LEZ is a small area, it’s not like in London,” McInally said. “There is the option to avoid it if vehicles are not compliant.”

Fleet operators with vehicles that must enter the city centre will have to consider whether they can shift parts of their fleet around to ensure compliant vehicles are used in Glasgow.

However, as more cities introduce CAZs or LEZs this could become problematic.

There are 38 air quality management areas in Scotland in which local authorities are required to develop action plans to improve air quality and these could include LEZs if the national low emission framework (NLEF) suggests that is the right measure to take.

Lack of capital is cause for concern

Public sector fleet operators have expressed concerns about the availability of capital for new vehicles and pointed out that replacement cycles are getting “longer and longer”. “It used to be three or four years, for some it’s seven or eight years,” one said.

Communication was also highlighted as an important issue, particularly in light of the BVRLA’s recent findings that four in 10 small- and medium-sized businesses are unaware clean air zones will start in towns and cities across the UK as early as next year.

Transport Scotland is looking at a national campaign and Glasgow City Council would like a website which allows people to check their vehicle’s registration and gives them the option of hiring a Euro 6 or Euro 4 vehicle.

Car clubs have a part to play, particularly in shifting people out of the grey fleet and into cleaner vehicles.

“It might sound counter intuitive but the idea is you use sustainable transport most of the time but when you do need a car you have access to it,” Glasgow City Council’s Vincent McInally said. “Each car club vehicle has been shown to replace up to 12 private vehicles.”

Glasgow already has one of the lowest rates of car ownership in the country, a  large urban rail network, “extensive buses” and has seen “a huge increase in the number of people cycling”, McInally added.

It will be introducing measures to give buses priority with the benefit of making bus journeys more attractive and reducing the time the buses are in the city centre.

Derby City Council are in no rush to jump on the 'CAZ charging bandwagon' and will try alternative methods to meet air quality obligations.

Despite pressure from Government, the city authority will not confirm plans until after its local elections. Stephen Briers reports.